South China is a land of enormous contrasts. Huge industrial cities emerge from a countryside that hasn’t changed for centuries and still offers a glimpse into the traditional Chinese way of life. On the coast you have the contrasting fortunes of two former colonial territories: Hong Kong which is still a thriving financial centre, and a more laid back Macau. In differing ways both highlight the striking contrasts between Eastern and Western lifestyles. The south also offers a hitherto little known stretch of beach at Sanya on the tropical island of Hainan. What better way to relax after your cultural adventure in China? 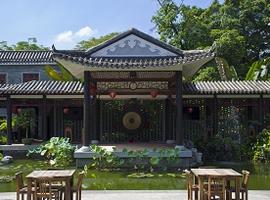 Guangzhou - Guangdong Province
Formerly known as Canton, and the capital of Guangdong province, Guangzhou is one of the richest cities in China. As well as myriad skyscrapers modern-day Guangzhou offers tranquil parks, some interesting temples and a glimpse into the city’s past in the shape of Shamian Island. 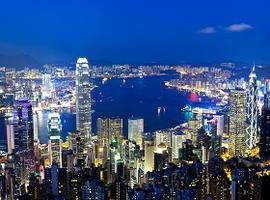 Hong Kong
Hong Kong is one of the world’s most modern and dynamic cities but beneath its gleaming skyscrapers, Hong Kong can still give an insight into ancient Chinese customs and traditions and we all as having a surprising number of open green spaces, beaches, and hiking trails. 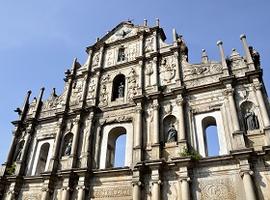 Macau
Leased in the 16th century, Macau was a Portuguese colony until 1999 when it was handed back to China. Just a short distance from Hong Kong, the former colony is still full of Portuguese flavour and is home to the magnificent ruins of the Church of St Paul. 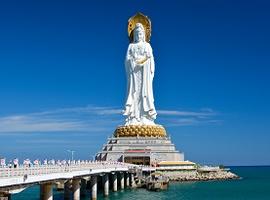 Sanya / Hainan Island
Once considered fit only for trouble-makers and exiles, Hainan is now touted as China’s answer to Hawaii. Whilst that might be slightly far-fetched the island is nonetheless home to some beautiful white-sand beaches, and is a great place to unwind, Chinese style, after your tour.