The most southern of the larger islands of Japan Kyushu has a warmer climate and a laid back atmosphere. The island is predominantly rural with a stunning coastline and endless hot springs. 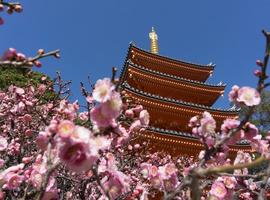 Fukuoka
Fukuoka, also known as Hakata, is the capital of Kyushu and an important transportation hub for visitors to the more rural parts of the island. Being located so close to the Asian mainland Fukuoka has played an important role as a trading port over the centuries, giving it a reputation as one of Japan’s most cosmopolitan cities. 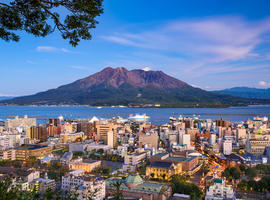 Kagoshima
Dubbed the Naples of Japan, Kagoshima is an attractive city dominated by Sakurajima, a volcano on the other side of the bay. There are a number of museums about the history of the city and some beautiful gardens at Sangan-en, which is noted for its collection of stone lanterns. 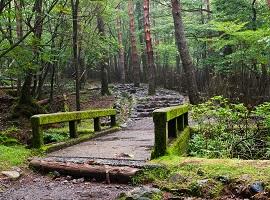 Kirishima National Park
Kirishima is a national park in the southern part of Kyushu made up of mountains, volcanic lakes and hot springs. It is a perfect place for hiking during the spring, summer and autumn months. 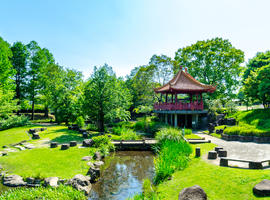 Kumamoto
Kumamoto is a pleasant, medium-sized city, which is well worth spending a day or so exploring. It is most famous for its Castle - built more than 400 years ago by the warlord Kato Kiyomasa, the castle was considered impregnable in its time due to its many innovative defensive designs 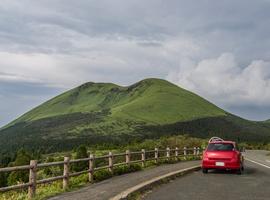 Mount Aso
One of Kyushu’s highlights, Mount Aso is the world’s largest volcanic caldera measuring around 21 km in diameter with a in a surreal landscape of grassy plains, small lakes, waterfalls and active volcanic peaks occasionally emitting smoke and ash. 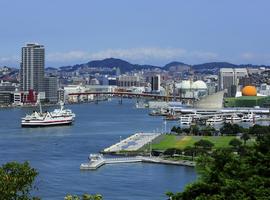 Nagasaki
Nagasaki is an attractive coastal town on the western coast of Kyushu, well known for being the second city after Hiroshima to be devastated by an atomic bomb in World War Two. Prior to this Nagasaki holds an intriguing history when it played an important role in foreign trade relations, being the closest port to the Asian mainland. 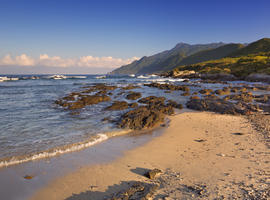 Yakushima
A nature lover’s paradise, Yakushima is a small circular island 20km wide located off the south coast of Kyushu. The interior of the island is blistered with high mountains, snow capped in winter, blanketed by dense forests of Japanese cedar and magnificent Rhododendrons.