The lush rainforest and rolling tea plantations found in the centre of the peninsula are in stark contrast to the vibrant cities on the coast. The dense rainforest in Taman Negara National Park is teaming with life and although only a few hours from the capital is a great place for a real jungle experience. The peaceful rolling hills and tea plantations of the Cameron Highlands are best explored at a leisurely pace, basing yourself in one of the picturesque old colonial retreats. 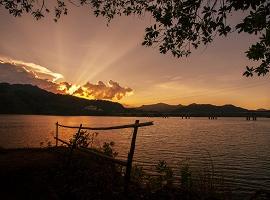 Belum Temengor Rainforest Reserve
Belum-Temengor Rainforest is over 130 million years old and is home to a vast number of species of animals and plants, many of which cannot be found anywhere else in the world. It offers one of the best 'rainforest experiences' to visitors anywhere in Malaysia. 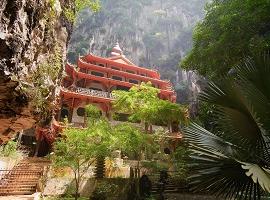 Ipoh
Ipoh - Malaysia's 4th largest city - is found around 2 hours north of Kuala Lumpur. Though not well-known as a tourist destination, Ipoh is an interesting city with a thriving food scene and just outside town provides access to some fascinating Buddhist Cave Temples and luxurious hotsprings. 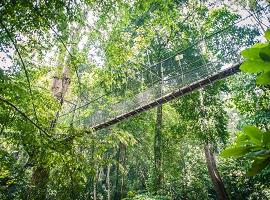 Taman Negara National Park
The lush Taman Negara jungle is a sanctuary for many endangered species, including tigers, leopards, elephants & rhinos, as well as being home to the Batek people, one of Malaysia's ethnic minorities. The park offers a wide variety of walking and trekking routes. 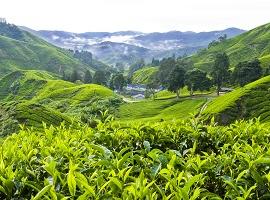 The Cameron Highlands
In 1885, a surveyor called William Cameron came across a charming and fertile plateau in the North West of the Peninsula on an expedition and since then they have been called the Cameron Highlands. The rolling hills and cool climate make for a pleasant and relaxing break on a tour of Malaysia.