A tour of west coast Malaysia & Singapore offers the visitor some unforgetable cultural experiences, vibrant cities, delicious cuisine and a wide selection of world class white sand beaches and resorts on the islands of Langkawi and Pangkor. Kuala Lumpur and Singapore are 2 of the world's most influential and vibrant cities. The colonial architecture and heritage found in Malacca, Penang and other places, combine with the native Malay culture and the influence of the large number of Chinese and Indian immigrants to create a fascinating cultural melting pot. 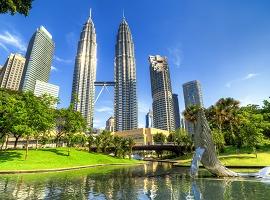 Kuala Lumpur
Kuala Lumpur has come a long way in the last 150 years, transforming from a small tin mining town into one of Asia's most important and vibrant cities. Malaysia's capital city is a fusion of different cultures, which is today experiencing a renaissance with many new buildings, restaurants, excellent shopping and vibrant streets. 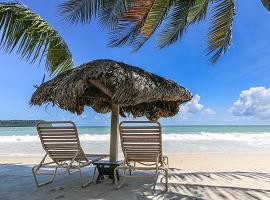 Langkawi
The Langkawi archipelago consists of 99 idyllic islands, which have inspired many local myths & legends and are dotted with secluded bays, white sand beaches, mangrove forests, and colourful bird & sea life. The islands are surrounded by stunning turquoise coast, and offer opportunities for diving, snorkelling & trekking. 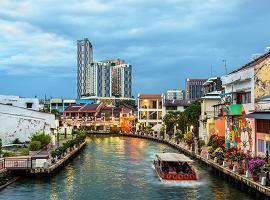 Malacca
Once Southeast Asia's greatest trading port, the Malacca of today still retains a rich blend of culture stemming from the medley of Chinese, Islamic, Indian and European traders that used to pass through. The city is home to many fascinating temples, mosques, churches & other architectural gems, and some fantastic cuisine. 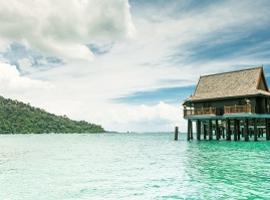 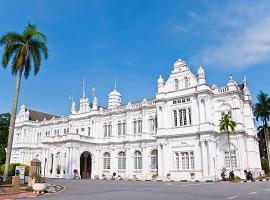 Penang
Once known as ‘the Pearl of the Orient', Penang is a fascinating fusion of East & West, embracing modernity while still retaining its traditions and old world charm. Beyond the UNESCO recognised capital city Georgetown lie beautiful beaches, fishing villages, and lush greenery. Not to mention some of the best food in the country! 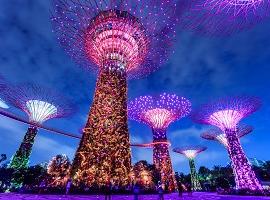 Singapore
Singapore combines very well with a tour of Malaysia. The city-state draws influence from Chinese, Malay, Indian and Western cultures and its stylish restaurants and shops, and location at the tip of the Peninsula, mean that it is a popular gateway for people wishing to tour other countries in South East Asia and beyond.