The southern part of Cambodia includes a wealth of colonial heritage, Phnom Penh with its fine European architecture, the chic French seaside towns along the south coast and the relics of the Bokor Hill Station. For those in seek of some time to relax there is a number of pristine beaches both on the mainland and on a number of undeveloped offshore islands.

Back to All Regions of Cambodia 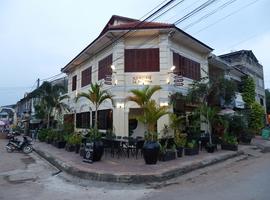 Kampot
Kampot is a pleasant and relaxed riverside town a few miles inland from Cambodia’s south coast and a short drive from Kep. The town is a good base for excursions to the nearby Bokor National Park. 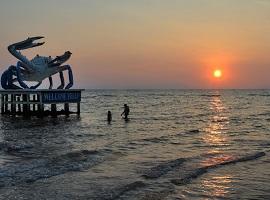 Kep
Kep, also known as Kep-sur-Mer, is located 15 miles from Kampot. This beautiful coastal area was once the favourite holiday spot for Cambodia’s French-influenced elite at the turn of the 19th century. Around 1200 luxurious villas were built during the French colonial period. 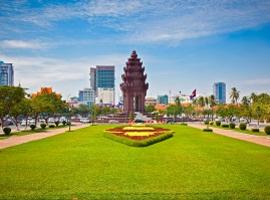 Phnom Penh
Capital of the Kingdom of Cambodia, Phnom Penh has a wealth of fine European architecture and boasts numerous bars and restaurants, markets, pagodas and a fine promenade along the river. Visitors should not miss the Royal Palace, the Silver Pagoda, the National Museum and Wat Phnom. 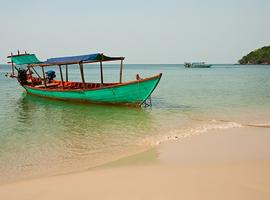 Sihanoukville
Sihanoukville, or Kompong Som, is set on a peninsula jutting out in the Gulf of Thailand, located a 4 hour drive southwest of the capital Phnom Penh. White sand, tropical waters and fresh seafood await the visitor who can choose to dive, snorkel, explore the nearby islands or simply relax on the beach. 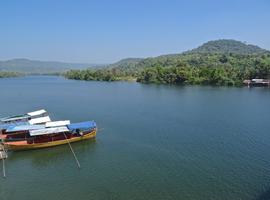 The Cardamom Region
The undisturbed rainforests of south-western Cambodia are a real hidden gem. 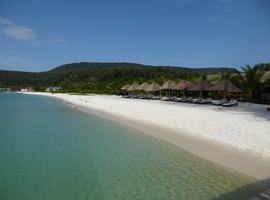 The Southern Islands
The islands off Cambodia’s southern coast are blessed with powdery sand the colour of snow and warm azure seas, yet until recently, have been left untouched by development. 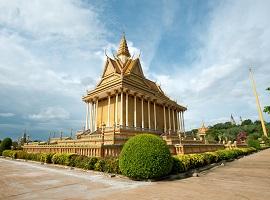 Udong
Udong, some 25 miles from Phnom Penh, was the ancient capital of the Khmer Kingdom and is where traditionally kings have been crowned.