Back to Highlights of The Silk Road

One of the Silk Road’s oases, Turpan is found at the lowest point of China, and the second lowest point on earth (after the Dead Sea). The climate reflects this, earning the city the nickname Huo Zhou (a place as hot as fire). As a result, this area is famed for its fruit, such as melons and grapes, which are coveted across China. As another stop along the ancient Silk Road, there is no lack of things to see in Turpan, from the ‘flaming mountain’, to the ruins of several ancient cities swallowed by the desert, and the Thousand Buddha Caves, closer to town. The amazingly intricate irrigation system which has developed here allows the land to be well watered which in turn allows grapes to flourish. The result is that Turpan produces some of China’s best wine. Why not have a glass or two as you soak up the myriad influences, from different eras and religions, the town has to offer.

Our Hotels in Turpan - Xinjiang Province 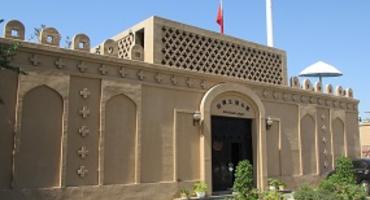