Highlights of The Silk Road

The Silk Road is probably the most famous trade route known to man. In China its origins can be traced back to the Han Dynasty and a time when China was expanding its boundaries and coming into contact with new peoples and influences. Over the years traders have set off from Xi'an passing along a number of routes taking silk, gems & fruit to the West and returning with a variety of religions and creeds. The combination of these routes came to form what we now refer to as the Silk Road. We have listed below a few of the key stops along the Silk Route and each offers you an insight into the sights and sounds that the intrepid traders of old came across as they ventured their way from the Middle Kingdom, through desert and over mountain pass, into central Asia. Here Chinese and Arab influences mix and lively markets are still a key part of the way of life. A fascinating and very different part of this amazing land. 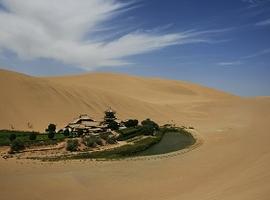 Dunhuang - Gansu Province
An oasis town in the midst of rolling sand dunes, Dunhuang is famous for the exquisite Mogao Grottoes, as well as the spectacular desert oasis known as Crescent Lake, lying in the midst of the 'Echoing Sand Mountain'. 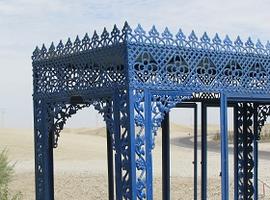 Hotan - Xinjiang Province
Another of the oases that line the Silk Road, Hotan has seen trading in jade since 5000BC. It is most famous today for its colourful Sunday market which offers a dazzling array of silks, carpets and jade. 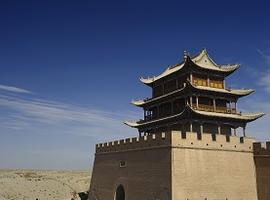 Jiayuguan - Gansu Province
Known as the 'Mouth of China', Jiayuguan is most famous for its impressive fort. Constructed during the Ming dynasty, the Jiayuguan Pass represents the westernmost end of the Great Wall of China. 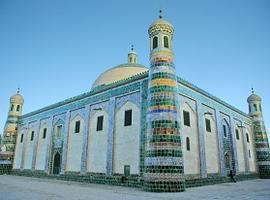 Kashgar - Xinjiang Province
One of the Silk Road's most famous towns, Kashgar has a diverse mix of inhabitants and this as much as anything gives it its exotic flavour. The fantastic Sunday market is a once-in-a-lifetime experience not to be missed. 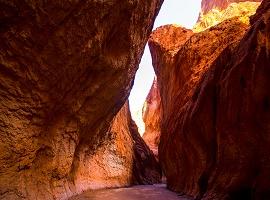 Kuqa - Xinjiang Province
Once a prosperous and influential town on the ancient Silk Road, Kuqa is worth seeing today for the interesting bazaar that takes place on Fridays, as well as the ruins of the ancient city of Qiuci, and the Kizil Caves. 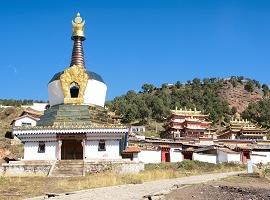 Langmusi - Gansu Province
Surrounded by monastery buildings, Langmusi is a typically Tibetan village set sits peacefully amidst lush meadows and close to forests and mountains, making it a tranquil place to stay. 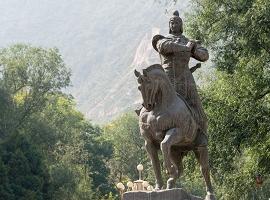 Lanzhou - Gansu Province
The largest city in Gansu province, Lanzhou was an important stop on the ancient Silk Road. Now a modern Chinese city situated alongside the Yellow River, Lanzhou provides a good jumping off point to explore the wild reaches of Western China. 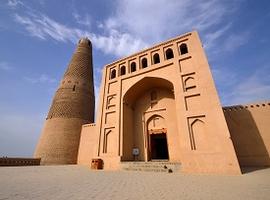 Turpan - Xinjiang Province
One of the Silk Road’s oases, Turpan is found at the lowest point of China. Here are some of the Silk Road's most memorable sights, from the ‘flaming mountain’ to the ruins of several ancient cities swallowed by the desert. 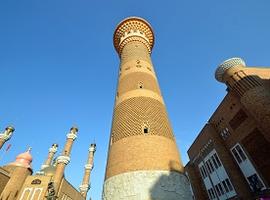 Urumqi - Xinjiang Province
Xinjiang’s capital is the most inland city in the world. A major point on the ancient Silk Road, Urumqi is now a large bustling city with a vibrant mix of cultures and nationalities, and the food is famed throughout China. 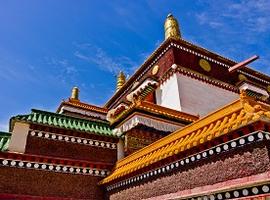 Xiahe - Gansu Province
Xiahe is the foremost Tibetan monastery town outside of Tibet itself and is set in a beautiful mountain valley. The most important site here is the Labrang Monastery, dating back to 1709, which in its heyday was home to around 4000 monks. 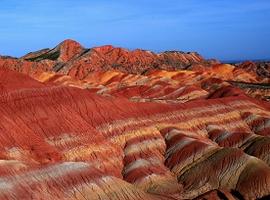