Back to Highlights of Flores & Komodo Islands

The Komodo Islands National Park is located off the west coast of Flores, around 300 miles east of Bali. The park protects the islands of Komodo and Rinca, which are home to around 2,500 dragons, and dozens of smaller islands. In 1980 Komodo and surrounding area covering 170,000 hectares of sea and volcanic islands were declared a National Park. The islands are famous for the Komodo Dragons, unknown to the Western world until 1910 when a Dutch naturalist first identified these unique monitor lizards which grow up to 3 meters in length and can weigh over 50kg. Adult Komodo Dragons are fearsome predators and the bulk of their diet is made up of large mammals; goats, deer, pigs, horses and water buffalo. The rich waters surrounding the islands support amazing reefs and a huge variety of marine life, some coming from the Indian Ocean to pass through the straits, including whales and dolphins. There are also more than 150 different bird species in the park. In 1991 the Komodo Islands National Park was declared a World Heritage Site.

Komodo is the largest of the islands in the National Park, a natural wonderland of savanna, rainforest, coral reef and sparkling blue seas. Visitors arrive by boat at the Rangers Camp on the east coast, and hiking trails lead along a succession of peninsulas and pink sand beaches, created by the red coral gardens that fringe the island. To the south there is a fishing village whose inhabitants are descendants of convicts sent to the island by the Sultans of Sumbawa in the 19th Century. Most cruises around the park also include a visit to Rinca Island, where komodo dragons can be seen lying outside the park ranger huts waiting for their next meal. Diving and snorkelling are popular activities in the park to marvel at the abundant marine life.

Experiences to Inspire in Komodo Islands 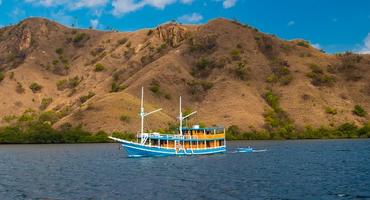 Our Hotels & Cruises in Komodo Islands 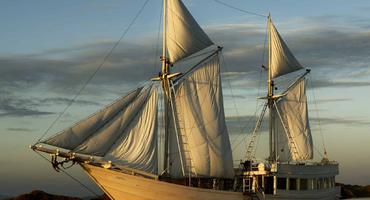 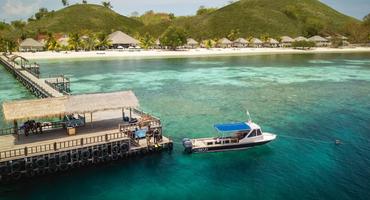 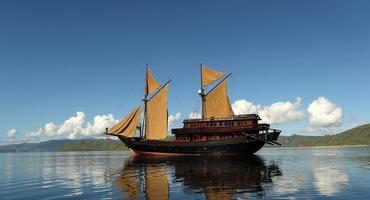 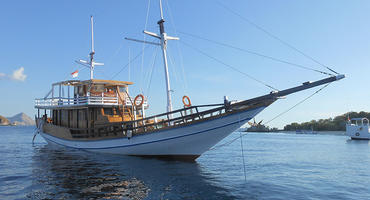