Connected to the mainland by the world’s longest bridge spanning the exquisite Inland Sea, Shikoku offers a wealth of cultural attractions and rural retreats. 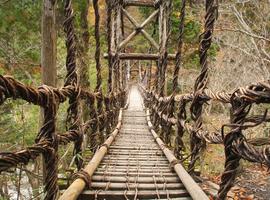 Iya Valley
Situated in the western part of Tokushima in central Shikoku, Iya Valley is one of Japan’s three hidden regions, often referred to as the “Tibet of Japan” due to its isolation from the urbanised centres to the north. Many traditional farmhouses can be seen in this region, perched on high mountains, surrounded by delightful countryside and rugged terrain. 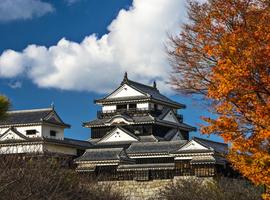 Matsuyama
Capital of Shikoku, Matsuyama is an attractive city on the northwest coast of Shikoku with good ferry links across the Inland Sea to the city of Hiroshima on Japan’s main island Honshu. 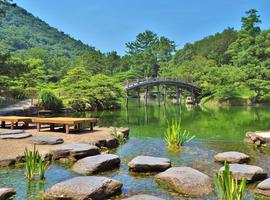 Takamatsu
Linked to Honshu by the 13km long Seto Ohashi Bridge, Takamatsu is a port dating from the 16th Century and a good stopping off point before deeper explorations of Shikoku.