The primary attractions on Peninsula Malaysia's east coast are the stunning beaches, coastline and islands. The Perhentian Islands, Redang, and Tioman Island further down the coast, are all wonderful places to relax and do some snorkelling or diving. For those wishing to learn more about the culture and history of the the east coast of Malaysia, Kota Bharu, in the far north, is well worth spending a few days. 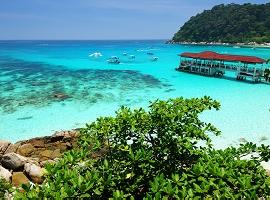 East Coast Islands & Beaches
After an exciting tour of Malaysia, what better way to relax than on one of Malaysia's beautiful east coast islands or beaches? Initially popular with backpackers, the stunning beaches and clear waters have ushered in some more upmarket boutique resorts. 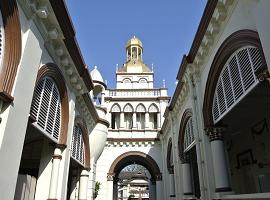 Kota Bharu
In the far northeastern corner of Peninsula Malaysia, Kota Bharu is the capital of Kelantan state and a gateway to the idyllic Perhentian Islands, Redang and the other beaches of the east coast. It is also one of the cultural hotspots of the Peninsula, with a large Muslim population.