The north of Myanmar is one of the most diverse parts of the country but probably the least well known. The north has archaeological sites, great lakes, huge rivers with breathtaking gorges and bustling border towns with frenetic markets showing how vital this part of the country is for trade with China. However as you head to the tip of the country the scenery changes and lush tropical landscapes give way to the imposing mountains of the Himalaya where trekkers are discovering new routes. 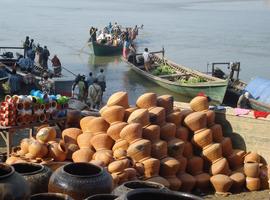 Bhamo
Sitting on the banks of the Irrawaddy River, Bhamo was once the capital of the Shan state of Manmaw and its proximity (40 miles) to the Chinese border made it an important hub for trade with China’s Yunnan province. 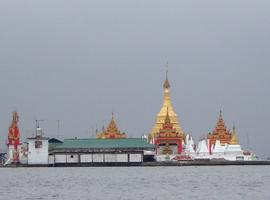 Indawgyi Lake
Indawgyi Lake is one of the largest inland lakes in Southeast Asia and is located in Myanmar’s Kachin State. The lake measures around 8 miles east to west, and around 15 miles north to south. 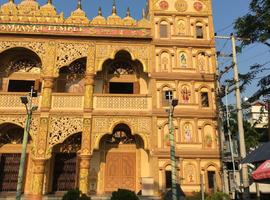 Myitkyina
Myitkyina is the capital of Kachin State and is Myanmar’s northern most railway terminal, some 919 miles from Yangon and 487 miles from Mandalay. That said most visitors arrive by air and many often set off immediately for Bhamo to start a cruise downstream on the Irrawaddy River. 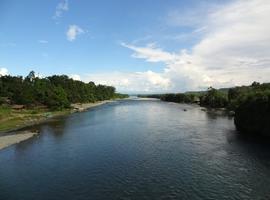 Putao
Putao is a part of Myanmar that few visitors ever make the effort to reach due to its isolated position in the very north of the country. However that is starting to change as adventurous travellers are discovering the wonderful trekking, and outdoor, opportunities that abound in this scenic part of Myanmar.