The south of Myanmar has a rich cultural history and is home to several ancient capitals, including Bago, as well being home to the country's most recent former capital -Yangon. It is in Yangon that you can find Myanmar's greatest icon, the shimmering Shwedagon Pagoda, which proved to be such an inspiration to Rudyard Kipling when he visited Burma in the early 20th century. The south of Myanmar is also famous for the towns of Thaton and Maylamyine (formerly Moulmein) as well as the Golden Rock Temple which sits precariously on top of a mountain. 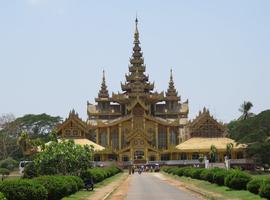 Bago
Only two hours drive from Yangon, Bago is a former ancient capital. Originally founded in the 6th century the city achieved prominence during the 13th – 16th centuries when it became the centre of the Mon kingdom of Ramanadesa. 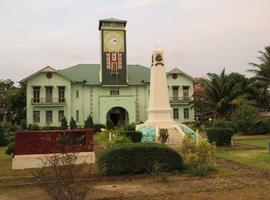 Dawei
It is only in recent years that Dawei been connected to the rest of Myanmar by road, rail and air. As a result the town feels like something from a bygone era with its charming old wooden houses, complete with shady verandas, and its laid back feel. 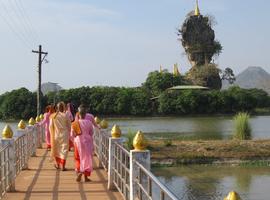 Hpa An
Hpa An is a delightful, small town in Kayin State with a population of around 40,000. Its location on the banks of the Thanlwin River, and the dramatic karst landscapes that surround the town, make it an increasingly popular venue with those wishing to see a different side of Myanmar - away from the traditional tourist routes. 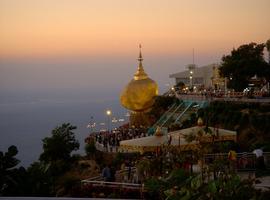 Kyaiktiyo (Golden Rock)
Located southeast of Yangon, Kyaiktiyo or ‘Golden Rock’ Pagoda is one of the most famous and treasured landmarks of Myanmar: an enormous gold leaf covered rock which is poised precariously at the edge of a steep cliff. 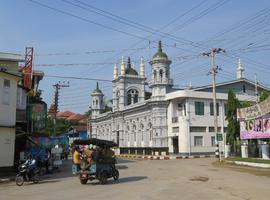 Mawlamyine
Mawlamyine is the capital of Mon State, and the fourth largest town in Myanmar. It rose to prominence as the first capital of British Burma between 1826 and 1852, a time when it was called Moulmein and was at certain moments home to Messrs Orwell and Kipling, both of whom waxed lyrical about its natural, and man-made, beauty. 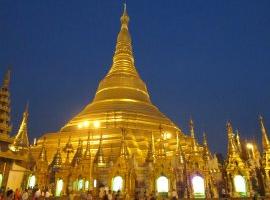 Yangon
Myanmar’s former capital, Yangon (previously known as Rangoon) is a city that, having barely changed for more than half a century, is rapidly heading into the 21st century. The Shwedagon, and old colonial buildings, still dominate the skyline but in many places vast shopping malls and high rise buildings are becoming the norm.