Back to Highlights of Central Thailand

Lopburi is the capital city of Lopburi Province in Thailand and is located about 95 miles northeast of Bangkok. The city has a long history, dating back more than 1000 years ago, when it was known as Lavo or Lavapura. In the 12th century Lopburi fell under the control of the rising Angkor regime and from that point became an important centres of control in Central Thailand.

After the foundation of the Ayutthaya Kingdom in the 15th century, Lopburi was a stronghold of Ayutthaya's rulers. It later became a royal capital in its own right during the reign of King Narai the Great, of the Ayutthaya kingdom, in the middle of the 17th century.

Today the city is most famous for the hundreds of monkeys (Crab-Eating Macaques) that live in the middle of the city, especially around the Khmer temple of Prang Sam Yot which was originally a Hindu shrine (it has three prangs that represent Brahma, Vishnu, and Shiva - the Hindu trinity) but it was later converted to a Buddhist shrine.

The monkeys at 'monkey temple' are fed by the local people, especially during the Monkey Festival in November, but because they are not afraid of humans they steal whatever food they can find from the unwary!

Visitors to Lopburi usually also visit the museum at Narai Raja Nives Palace (founded when King Narai the Great decided to make Lopburi the second capital of the Ayuthaya Kingdom). The Palace is an unusual blend of Khmer and European styles and is an interesting landmark.

Our Hotels in Lopburi 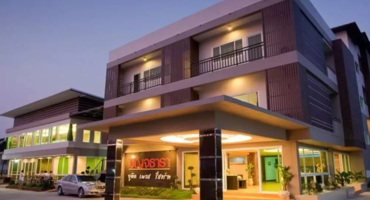