Thailand has long been known for its beaches but there are numerous other reasons to visit this charming country. A few days soaking up the frenetic energy of Bangkok is one, or perhaps you would be more at home in the sedate but majestic ruins of Ayuthaya or Sukhothai. Further north the landscapes change, the scenery is dramatic and the indigenous locals are both fascinating and welcoming. Time in this part of Thailand is eye-opening and rewarding and we highly recommend a week’s touring before you head south for the beach.

Back to All Regions of Thailand 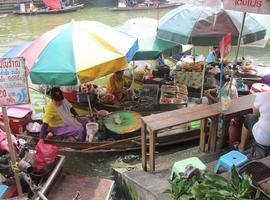 Amphawa
Amphawa is a small village situated to the west of Bangkok, about 90 minutes’ drive from the capital. The main attraction here is the floating market which takes place every Friday, Saturday & Sunday drawing in locals and foreign visitors alike who come to have lunch, watch the lively market, or purchase fresh seafood, local Thai desserts and souvenirs for friends and family. 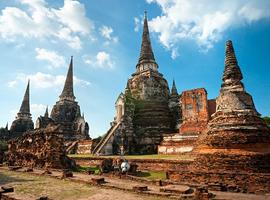 Ayutthaya
Ayutthaya was, until its sacking by the Burmese in 1767, the capital of Thailand and in its heyday was one of the most prosperous cities in the whole of Asia. The ruins of this former capital lie some 50 miles north of Bangkok and are spread out over the historical park that houses them and which joined UNESCO's list of world heritage sites on 13 December 1991. 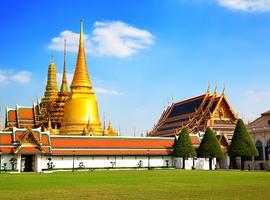 Bangkok
Bangkok is possibly the most vibrant city in Asia and a melting pot of ultra-modern skyscrapers, ancient temples, huge shopping malls and street vendors. Teeming with people the heart of the city beats at a frantic pace and offers visitors a dazzling array of sights and sounds. 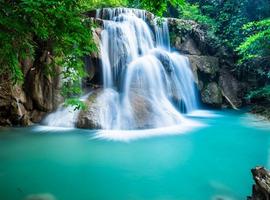 Kanchanaburi
Kanchanaburi is Thailand's third largest province, bordering Myanmar on the west. The province is mountainous, with some wonderful scenery, and consists of 13 districts. Its most famous attraction is the River Kwai Bridge which was built by Allied troops during the Second World War and immortalised in the film ‘Bridge on the River Kwai’. 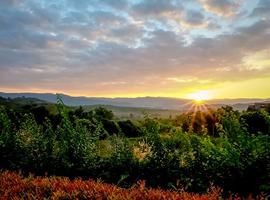 Khao Yai National Park
Khao Yai National Park is situated in the Sankambeng Mountain Range at the southwestern boundary of the Khorat Plateau. The park is the second largest in Thailand covering an area of 1350 square miles and is home to evergreen forests, grasslands and myriad wildlife. 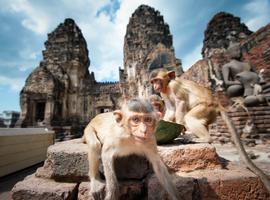 Lopburi
Lopburi is the capital city of Lopburi Province in Thailand and is located about 95 miles northeast of Bangkok. The city has a long history, dating back more than 1000 years ago, when it was known as Lavo or Lavapura. In the 12th century Lopburi fell under the control of the rising Angkor regime and from that point became an important centres of control in Central Thailand. 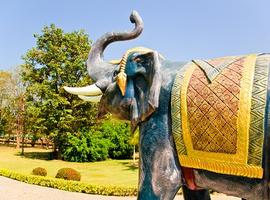 Phitsanulok
Phitsanulok is an important, and historic, town city in Central Thailand and is the capital of Phitsanulok Province, which stretches all the way to the Laotian border. Phitsanulok is one of the oldest cities in Thailand, founded over 600 years ago, and is probably best known as the birthplace of King Naresuan, who freed the country from Burmese domination in the late 16th Century. 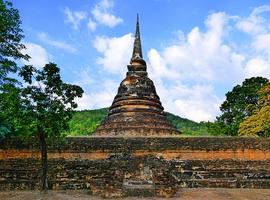 Sukhothai
Sukhothai, founded in 1238, is about 267 miles north of Bangkok and was the first capital of Thailand. Its position as capital lasted for around 120 years before the rise of Ayuthaya. In the 13th & 14th centuries Sukhothai was a rich city and served as the cultural, as well as administrative, heart of the nation.