Back to Highlights of Central Thailand

Phitsanulok is an important, and historic, town city in Central Thailand and is the capital of Phitsanulok Province, which stretches all the way to the Laotian border. Phitsanulok is one of the oldest cities in Thailand, founded over 600 years ago, and is probably best known as the birthplace of King Naresuan, who freed the country from Burmese domination in the late 16th Century.

As the cross-road between the northern and central regions of the country, it has long been important both for political and strategic reasons, and was fought over many times in centuries past. Phitsanulok was the capital of Thailand for 25 years during the reign of King Boromma Trailokanat of Ayutthaya. Located on the banks of the Nan River, the city was originally a small Khmer outpost known as Song Kwae, before the Khwae Noi River changed its course in the 11th Century. Phitsanulok was also a provincial center of the Angkorian Empire during the Angkorian period.

Visitors to Phitsanulok get a sense of this history when they visit Wat Mahathat which houses Thailand’s most beautiful Buddha image “Phra Buddha Chinaraj”. The large Sukhothai style bronze statue was cast in 1357 and is revered by Thais countrywide.

Our Hotels in Phitsanulok 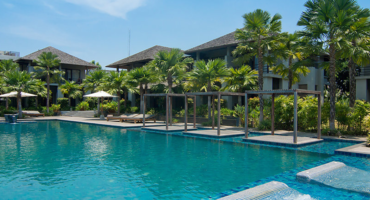