Back to Highlights of Seoul & Around

Incheon, located 35km west of Seoul where the Han River meets the sea, is Korea's 3rd largest city. It has long played an important role in Korea's history, particularly in the fields of trade and commerce as the first city to truly open up to the world in the late 1800s. Incheon also has Korean War pedigree: the site of a famous behind-enemy-lines landing led by General Macarthur in 1950. Incheon continues to be a major transport hub today: nearly all visitors will pass through the glitzy Incheon International Airport, located on a offshore island; and the city also boasts Korea's largest Chinatown, a thriving district of cheap and delicious cuisine. The city has its own metro system which also connects directly to the larger Seoul Metro, allowing access to the capital's city centre in less than an hour.

Our Hotels in Incheon 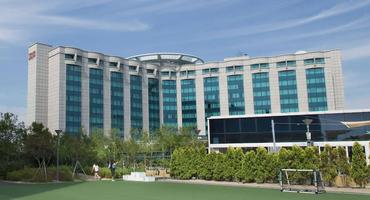