Back to Highlights of Eastern Tibet

Located around 160km southeast of Lhasa at an altitude of 3,515m, Tsetang is Tibet's fourth largest city and a strategic administrative centre for the Chinese. Although the old Tibetan town has been engulfed by modern development, Tsetang makes a great base for exploring some fascinating sights in the surrounding area. Just 30km from Tsetang is Samye Monastery, with an atmospheric setting in a barren valley surrounded by sand dunes and mountains. This significant religious site was constructed in the late 8th Century, and was the place where Buddhism was first established in Tibet. The central building of the monastery is a fusion of architectural styles combining Tibetan, Chinese and Indian influences. In the vicinity of Samye lies Chim-puk Hermitage, a network of caves that was once the meditation retreat for Guru Rinpoche, the 8th Century Tantric Master who helped establish Buddhism in Tibet. The caves' remote location makes for a fascinating full day trek of around 14km, crossing arid terrain and ascending through lush landscapes to see meditation caves, springs and sky burial grounds. The caves are inhabited by around 200 devotees who lead a simple life committed to spiritual development through meditation. Another area easily accessible from Tsetang is the Yarlung Valley located just south of the city, an area of great beauty and significant cultural interest that is considered the cradle of Tibetan civilisation. Popular day trips to the valley by car take you to see ancient monasteries, the oldest building in Tibet and huge burial mounds from the 7th Century. For the more active there are fabulous hikes which connect the most noteworthy places of interest. 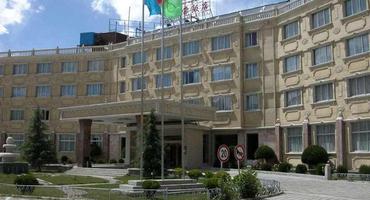