Head west from Lhasa for some stunning Himalayan scenery, interesting provincial towns, the chance to see the iconic north face of Everest and holy Mount Kailash. Western Tibet combines well with Nepal, with a popular border crossing point within easy reach of Tingri.

Back to All Regions of Tibet 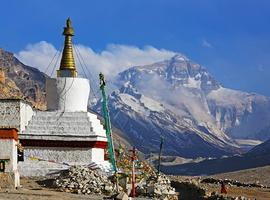 Everest Base Camp
Known as Qomolangma in Tibetan, Mount Everest is the world's tallest peak standing at an elevation of 8848m, appearing as a gleaming pyramid in the distance. The summit lies within Tibet's border, and the southern facing slopes are in Nepalese territory. With 4 peaks over 8,000m visible, the views from the northern approach to Everest are considered some of the most impressive in all the Himalayas, and more spectacular than those on the southern side in Nepal. 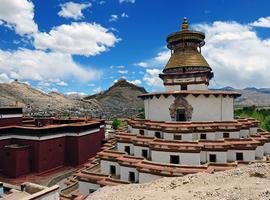 Gyantse
Gyantse was once a thriving town on the trading route between India and Lhasa, which led to the emergence of a powerful local elite and the construction of some impressive architecture. In more recent years Gyantse's remote location has protected it from the eyes of the Chinese developers, and today it is one of the few towns in the vicinity of Lhasa where an authentic Tibetan feel remains relatively undiluted. 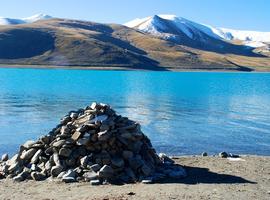 Lake Yamdrok
One of Tibet's four holy lakes, Yamdrok-tso is a nature lover's paradise located around 2 hours' drive from Lhasa on the spectacular Southern Friendship Highway to Gyantse. The body of water is in the shape of an Ox Bow Lake, with 7000m snow-capped mountains towering over the southern shores. 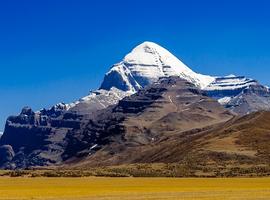 Mount Kailash
Arguably the most holy of any natural wonder on the planet, Mount Kailash in western Tibet is a striking dome shaped peak with four symmetrically aligned sheer faces, yet to be conquered by any mountaineer. Kailash plays a key role in the hydrology of the Tibetan Plateau, and is the source of four great rivers including the Ganges and Brahmaputra. 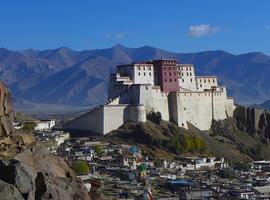 Shigatse
Tibet's second largest town Shigatse sits at a slightly higher altitude than Lhasa at 3,840m above sea level. As base of the Gelupa order and seat of the Panchen Lama, Shigatse has been Lhasa's most bitter political rival over the years as the Panchen Lama and the Dalai Lama have manoeuvred for political control of the country.
Back to Top