Malaysia’s largest state, Sarawak, has a wonderfully diverse ecosystem in the ancient rainforests of the National Parks and rich coral reefs lying close to shore. Sarawak also has a rich cultural heritage, being home to 28 different ethnic groups each with its own distinct language, culture and lifestyle. The Ibans form the major ethnic group along with other native tribes, and there are great opportunities to visit tribal villages to learn about their traditions and beliefs.

Back to All Regions of Borneo 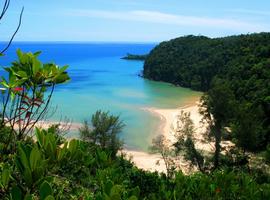 Bako National Park
The coastal Bako National Park is located at the mouth of the Bako and Kuching Rivers, just a short journey by road and boat from the capital Kuching. Bako makes for a great day trip because of its accessibility, diverse wildlife, including the famous Proboscis Monkey, secluded beaches and excellent trekking trails. 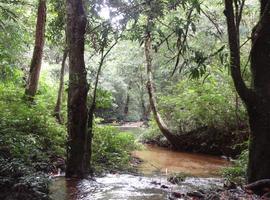 Batang Ai National Park
Located in the heart of Sarawak, Batang Ai National Park is an area noted for its indigenous tribal culture, pristine rainforests and wildlife. The area also offers the opportunity for visits to local Iban longhouses and challenging trek through mountainous areas to see Orang-utan in their natural habitat. 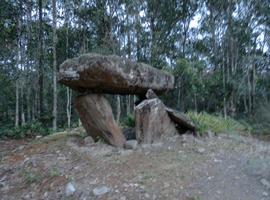 Kelabit Highlands
The small town of Bario is the launch-pad for an adventure in the Kelabit Highlands, quite unlike anywhere else in Borneo. There are a number of treks (lasting anything from 1 day to over 2 weeks) which take in the unique culture of the local people. 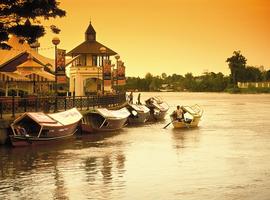 Kuching
Kuching is the laid back coastal capital of Sarawak, located on the Sarawak River, with an attractive waterfront promenade. Being within striking distance of Sarawak’s natural attractions, Kuching is a charming city to spend a day or two in preparation for your next adventure. 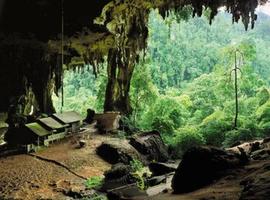 Miri
After Kuching, Miri is the second largest city in Sarawak with a population approaching half a million people. As well as its importance for Borneo’s petroleum and palm oil industries, Miri is the main tourist gateway to the Mulu National Park and the Kelabit Highlands, both a short flight away. 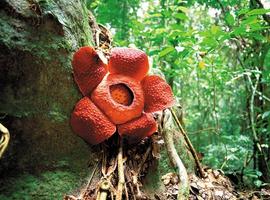