Back to Highlights of Northern Cambodia

In addition to the temple complex near Siem Reap there are also a host of other lesser known temples and monuments in Cambodia that are also worth considering. Many of these are located in remote areas along bumpy roads and are in a similar state to when they were first discovered, adding to the sense of adventure. Some of these are best visited on a temple safari, using African safari style tents, with a team of guides and porters to look after the logistics. Here are a few of the most important sites - if you would like to know how these can be fitted into your tour of Cambodia please contact us.

Is a pre-Angkorian temple site which dates back to the 7th century when it was known as Ishanapura, capital of the Chenla kingdom. Probably the most interesting temple that predates Angkor, the complex is composed of four groups of temples. These are among the most ancient surviving examples of Khmer architecture. The site is located only 30 minutes by car north of Kompong Thom.

An immense temple complex located 45 miles north of Sisophon, close to the Thai border, which was constructed by Jayavarman VII, Cambodia's most dedicated builder. The temple would have been the centre of a major city in the 13th century and was dedicated to Jayavarman VII's sons who were killed in battle repelling the Cham invasion of 1177. Left to the jungle for years, it has only recently been cleared, revealing superb carvings on its outer walls, as well as the enigmatic face of Avalokiteshvara, also seen on the Bayon Temple.

The mountain top temple of Preah Vihear occupies a truly breathtaking location, on the top of the Dangrek Mountains at an altitude of 700m. It dates from the beginning of the 11th century and was considered so sacred that many kings from Yasovarman I (889-910) and Suryavarman I (1002-1050) to the great Suryavarman II (1113-1152) felt it necessary to leave their mark here. Preah Vihear has been claimed by neighbouring Thailand on numerous occasions and was only returned to Cambodia by a ruling of the International Court of Justice in The Hague in 1963. The journey from Siem Reap to Preah Vihear takes around 4 hours by road (or 20 minutes by helicopter) and the snaking road up the mountain is very steep in places but on arrival you will find the king of mountain temples and it will all be worthwhile.

The complex of Koh Ker in the Preah Vihear province in northern Cambodia is probably the most remote temple site in the kingdom. Built in the 10th century by Jayavarman IV, Koh Ker was the capital of the Khmer empire for less then 15 years, before Harshavarman I moved it back to Angkor. It is now possible to reach Koh Ker by car from Siem Reap within three hours. A recently renewed red soil road connects the two former capitals. The temple site is tucked away, in lush tropical forest, awaiting discovery.

Another huge 12th century temple complex, 25 miles east of the Bayon, which lies completely ruined even though it was built at about the same time as Angkor Wat.

Deep in the jungle you will find the secluded Kbal Spean which is known as the river of the Thousand Lingas. A visit here is recommended as the rocks in the river were carved during the Angkorian period (11th-13th Century) giving the whole area a magical touch.

Recently rediscovered, Srah Damrei provides visitors with a quite astonishing example of Khmer sculpture. Hidden deep in the Phnom Kulen National Park near Siem Reap and literally translating as 'Elephant Pond', Srah Damrei is a collection of larger-than-life stone carvings of a selection of animals. Some remain largely hidden by dense foliage which adds to the feeling of real discovery as does the journey to get there which involves some trekking through the jungle and a short journey on the back of a motorbike. 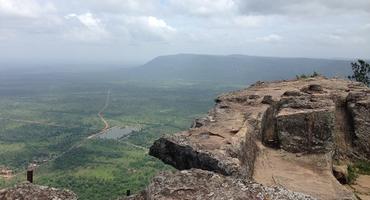 Our Hotels in Remote Khmer Temples 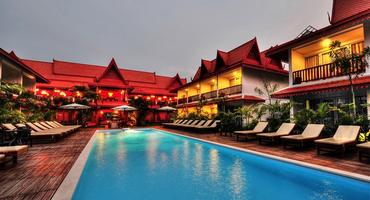 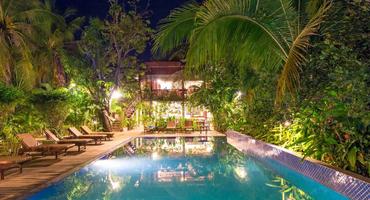 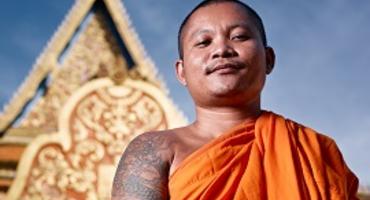 The Grand Tour of Cambodia
Adventure & Active, Classic
Explore all corners of Cambodia on this active and varied three week tour.
22 days from £4,850 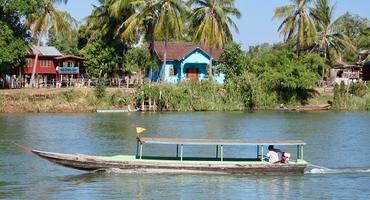 Laos & Cambodia Overland
Adventure & Active, Off the beaten track
An intrepid journey following the from Laos to northern Cambodia
19 days from £3,595 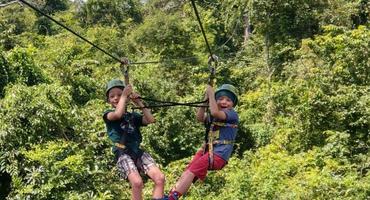