The north of China has long been the country’s seat of power and many of China’s most famous landmarks are to be found in the region. In the very north, China borders Mongolia and Russia and the landscapes can be barren and the climate harsh. As you move south you encounter the magnificent Great Wall, which was built to prevent marauding barbarians from capturing the Middle Kingdom. Within the safety of the Great Wall the Emperors of China built huge palaces which today give a glimpse into how they lived and ruled. Its imperial significance and splendour make this part of the country, notably Bejing, the place where most visitors start their journey through China. 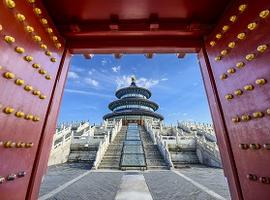 Beijing
Capital of one of the world's most dynamic countries, Beijing reflects the changes that China is currently undergoing. In a city where the past is being swept away to make way for the future, development is taking place at a staggering pace. A unique city and a must-visit for any first-time visitor to China. 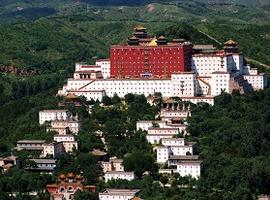 Chengde - Hebei Province
Chengde was originally established as a summer retreat, and now boasts the remnants of the largest regal gardens in China and a multitude of palaces, pavilions & temples. Beautiful in the summer and well worth a visit for a sense of how the imperial court used to live. 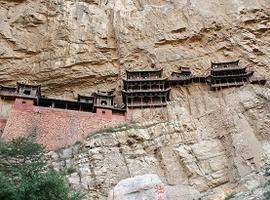 Datong - Shanxi Province
A former imperial capital, nowadays Datong is an unremarkable city in itself, but well worth a detour for the two unique sights just outside town – the wonderful intricately carved Buddhist Grottoes at Yungang, and the dramatic Hanging Monastery. 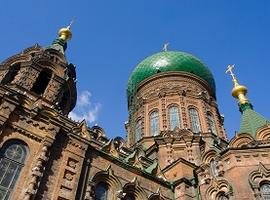 Harbin - Heilongjiang Province
In China’s far north lies Harbin, most famous for the impressive Ice Festival which begins in January each year. Harbin is also a gateway to some stunning scenery in the north, and the region’s Russian influence is apparent in the city’s striking architecture. 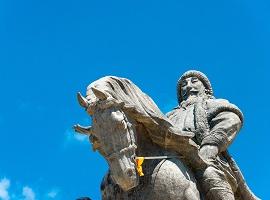 Hohhot - Inner Mongolia Province
Hohhot's Mongolian heritage is clear in the brightly coloured temples, the indigenous Mongols still living here, and in the mix of ethnicities and food. Hohhot also provides easy access to the spectacular open grasslands that this part of China is famed for. 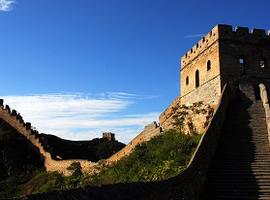 The Great Wall of China
The Great Wall of China, stretching from the Gobi Desert to the Yellow Sea, is the largest man made structure on earth and is an amazing feat of engineering, labour and sacrifice. Some sections have now been fully restored but there are some spectacular unrestored sections to explore close to Beijing.