Highlights of The Highlands

Arguably Papua New Guinea’s most famous region, and the one that most visitors are drawn to with its heady mix of dramatic scenery, vibrant indigenous tribes and exotic birds of paradise, is the Highlands. This mountainous part of the country features world famous destinations such as Mount Hagen, and Goroka, which have annual festivals showcasing the best of PNG’s rich cultural heritage. They also offer good spots for birding. Another part of the highland region that offers an insight into the lifestyle of local people is Tari. Here you can meet up with the Huli Wigmen and have a homestay in a local village, alternatively you can stay in one of the country’s finest lodges. Elsewhere is the Highlands you can find Mount Wilhelm, the tallest peak in the Bismarck Range, and a mecca for hardy climbers.

Back to All Regions of Papua New Guinea 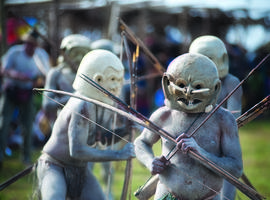 Goroka
Once a small settlement tucked away in the highlands, Goroka is now the foremost town in the Eastern Central Highlands and has its own airport. However it still only has a population of around 20,000 many of who are farmers or coffee growers making use of the fertile soil in the surrounding mountains. 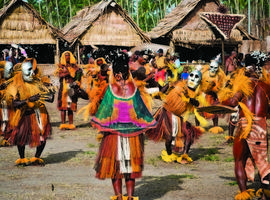 Mount Hagen
Mount Hagen is the major town in the highland region of Papua New Guinea and home to one of PNG’s major festivals – the Mount Hagen Cultural Show. The town itself has an interesting and thriving market and a number of decent places to stay. 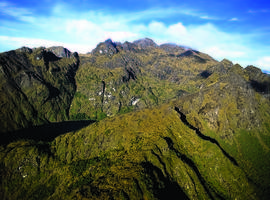 Mount Wilhelm
Mount Wilhelm is Papua New Guinea’s highest mountain. At 4509m, it overlooks the three provinces of Simbu, Jiwaka and Madang, and it offers a testing challenge to an increasing number of hardy climbers wishing to pit themselves against the tallest peak in the Bismarck Range, and allegedly the whole of Asia. 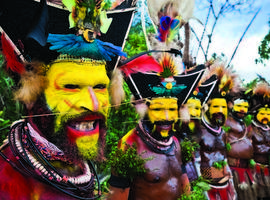 Tari
Tari is a town in the Southern Highlands that is home to the Huli Wigmen who are renowned for their colourful ceremonial costumes and accompanying wigs. A visit to Tari offers an insight into a world that is still largely traditional but changing rapidly as the influence of mining projects nearby affects local communities.