Back to Highlights of The Sepik & Madang Province

The coastal town of Madang is the capital of Madang Province and was first settled, and developed, by the Germans back in the 19th century before being mostly destroyed during the Japanese occupation in the Second World War. Since then Madang has been rebuilt, however it is the town’s surrounding landscape which is made up of shallow bays, picturesque islets, ponds and tranquil waterways that have all contributed to its reputation as being one of PNG’s most beautiful towns. Visitors to Madang can enjoy the town’s historic centre, its scenic coastline or a large number of wrecks & dive spots that lie just off the shore.

Our Hotels in Madang 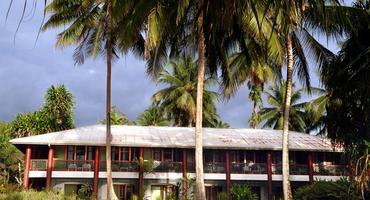