Designed specifically for travel between May and October, this special tour includes elements of luxury, adventure, culture, wildlife and a world class island resort. Start with a relaxing stay in a private villa resort in Jimbaran Bay, an ideal place to recharge and soak up the enchanting atmosphere of Bali. Take a short flight to Yogyakarta to explore central Java's rich cultural heritage, and stay in a luxury boutique hotel overlooking the majestic monument of Borobudur.

Continue to Kalimantan for a 2 night stay in the rainforests of Tanjung Puting National Park, one of the best places in Borneo to see Orangutans. The tour finishes with a 5 night stay at Kura Kura Resort set on the paradise island of Menjawaken located between Java and Borneo, which can be reached on a private yacht for those looking to celebrate in style. For the ultimate romantic adventure we can also arrange a one night stay in a rustic cottage on a private desert island in the Karimunjawa National Marine Park.

From £4,795 per person based on a double room for departures in January.

Day 1: Fly from London to Denpasar, via Singapore, with Singapore Airlines

Day 2: Fly to Bali Where you will be met by your guide

Meet & greet: Upon arrival at Denpasar airport you will be welcomed to Indonesia by your private English speaking guide, and then transferred to your hotel. 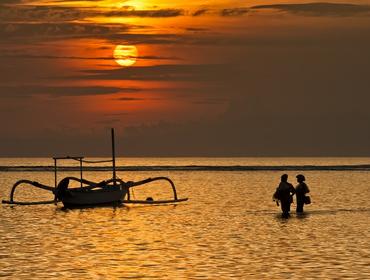 Days 3-4: Rest and relaxation in Bali

Days at leisure: Days free to relax in your private villa, and explore Bali. 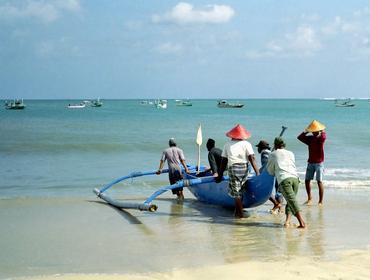 Day 5: Fly to Yogyakarta then travel to Borobudur

Private transfer: This morning you will be met and transferred to the airport for your flight to Yogyakarta.

Morning Yogyakarta city tour: Upon arrival on Java this morning you will be taken on a tour to explore the cultural highlights of Yogyakarta. Start with a visit to the "Sultan's Palace" or Kraton. The influence of the Mataram Empire dominated the region from the mid-18th Century, and Yogyakarta has since thrived under a powerful Sultanate that first resisted colonial forces and then negotiated a special autonomous status within the Republic of Indonesia. Parts of the Sultan's Palace are open to visitors, including a number of open air buildings used for ceremonial purposes and museums with memorabilia showing the life and work of previous Sultans. The Water Castle and gardens of the Palace can also be visited, which is where the Sultans enjoyed their time with their many wives and concubines in a series of elaborate bathing pools. Continue with a tour of a traditional batik workshop to see the process involved in this traditional art form, and Kota Gede the original home of Yogya‘s silver industry where craftsmen have practiced for hundreds of years.

Special lunch: Today you will be taken for a special lunch at Sekar Kedhaton, an authentic restaurant decorated in a Royal Javanese style. One of the specialities of the house is Rijsttafel, the Dutch version of an Indonesian meal consisting of rice accompanied by a number of well spiced side dishes such as steamed or fried seafood and meat, vegetables, fruits and sauces.

Afternoon tour of Prambanan: After lunch you will be taken on a tour of the UNESCO World Heritage Site of Prambanan, Java's largest Hindu Temple. The Sanjaya Dynasty built the 47m high temple dedicated to the three forms of Brahma, Vishnu and Shiva in the 9th century and surrounded it with several smaller temples. The temples were first rediscovered by a British surveyor under the instruction of Sir Thomas Stamford Raffles in 1811.

Road journey from Yogyakarta to Borobudur: Later this afternoon you will be met and transferred to your hotel near Borobudur, a drive of approximately 2 hours. 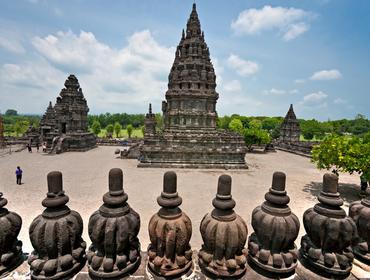 Morning sunrise tour of Borobudur: This morning you have the option of a tour of Borobudur at sunrise (this early start is optional!). Indonesia's largest and most impressive Buddhist monument, Borobudur is a vast structure with 9 levels and an awe inspiring setting in the midst of a fertile valley ringed by volcanoes. The temple was built as a pilgrimage site to teach followers how to practice the Buddhist way of life. Each level of the monument has intricately carved sculptures and symbology from the teachings of Mahayana Buddhism. The top level of the temple is a particularly spiritual place dotted with stupas housing Buddhist sculptures, with magnificent view of the surrounding countryside.

After Borobudur visit the smaller temple at Mendut and then proceed to the village of Candirejo for a horse & carriage or bike ride to explore the local farms and see village lifestyles. You will come across cottage industries producing sweet potato crackers, traditional herbal medicine and bamboo carvings, and also see the traditional krubosiswo dance and learn how to play Javanese Gamelan. Return to your hotel in the afternoon for some time to relax. 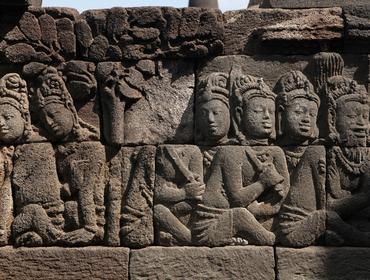 Day 7: Fly to Borneo, then travel by boat to Rimba Lodge for a stay of 2 nights

Road journey from Magelang to Semarang: After breakfast this morning depart by road to Semarang.

Afternoon at leisure: Upon arrival the rest of the day is free to relax in the magnificent surroundings of the lodge, or arrange a wildlife excursion locally. 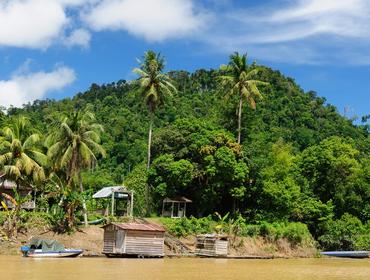 Full day wildlife tour: After breakfast at your lodge take an hour long cruise followed by a trek in search of orangutans and proboscis monkeys in the forests of the Tanjung Puting National Park. There will be the chance to visit the famous research centre at Camp Leaky for the morning and afternoon feeding times for apes being rehabilitated back into nature. Return to your lodge early this afternoon for some time to relax before dinner. 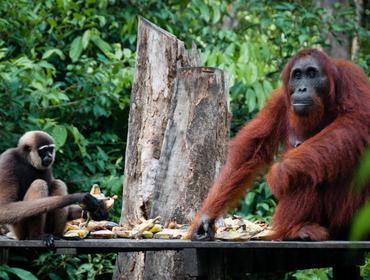 Day 9: River cruise to Pangkalan Bun, then fly to Semerang

River journey to Pangkalan Bun: This morning embark on a boat for the river cruise back to Pangkalan Bun. Along the way there will be the chance to spot proboscis monkeys and wild Orangutans.

Private transfer: Upon arrival at the river pier you will be met and transferred to the airport.

Private transfer: Upon arrival at the airport you will be met and transferred to your hotel. 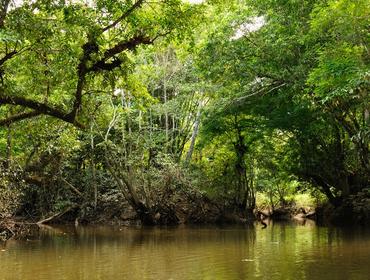 Day 10: Travel by boat to Menjawakan Island and stay for 5 nights at the Kura Kura Resort

Private transfer: After breakfast this morning you will be transferred to Jepara ferry terminal for the fast boat to Karimunjawa Island.

For a supplement there is the option of travelling to the islands on a chartered aircraft, or by private yacht. The yacht is a brand new 16m motor boat with 3 cabins, living room and deck space. Prices for this service are available on request.

Shared boat journey to Kura Kura Resort: Upon arrival on Karimunjawa you will be met and transferred by boat to Menjawakan Island, a journey of around 30 minutes. 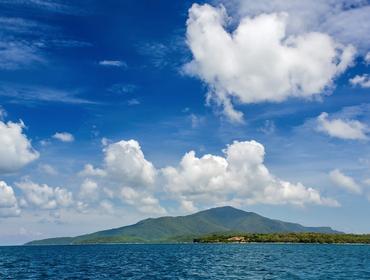 Days 11-14: Relax and explore in the Karimunjawa National Marine Park

Days at leisure: Days free to relax and explore in the Karimunjawa National Marine Park.

Desert Island Adventure: For the ultimate romantic adventure we can arrange for you have a desert island all to yourselves for one night. The tiny island of Krakal is a true paradise surrounded by white sands and crystal clear waters, located 30 minutes by speedboat from Kura Kura Resort. The island has two cottages which serve as a bedroom with ensuite bathroom, and a living room. Dinner and breakfast consists of a gourmet picnic box accompanied by an ice box full of your choice of drinks. A camping stove is even provided to heat up the following morning's coffee. There is no kitchen or electricity on the island so the Kura Kura resort provide a gourmet picnic and ice box full of your choice of drinks. Torch flame and candles create a romantic atmosphere in the evening, and a mobile phone is provided in case you need to contact the staff (a guardian can stay with you on the island if preferred). The supplement for this adventure is £250 per person. 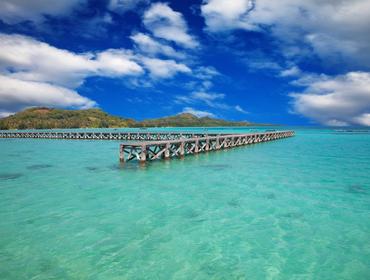 Please note that there is a maximum weight limit of 10kg per person on the charter flight. Excess luggage can be stored in Semarang.

Private transfer: Upon arrival at Jakarta airport you will be met by your private English speaking guide and transferred to your hotel. 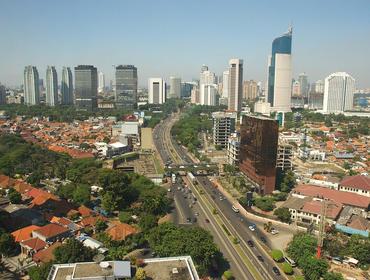 Day 16: Transfer to Jakarta airport and fly to London, via Singapore

Private transfer: After breakfast this morning you will be met by your guide and transferred to the airport in time for your flight to London, via Singapore. 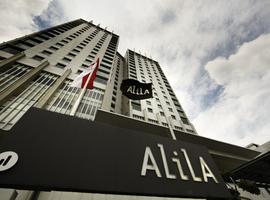 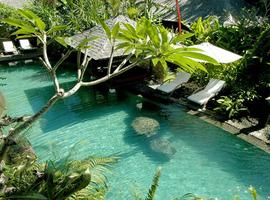 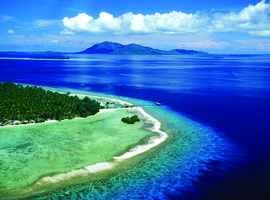 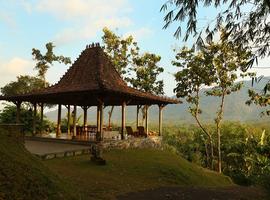 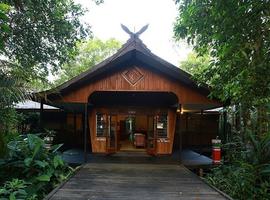 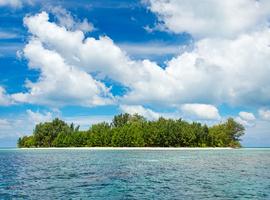 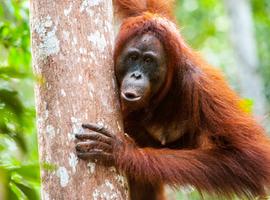 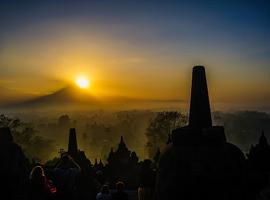 Sunrise at Borobudur
Once in a Lifetime , Temples, Forts & Palaces 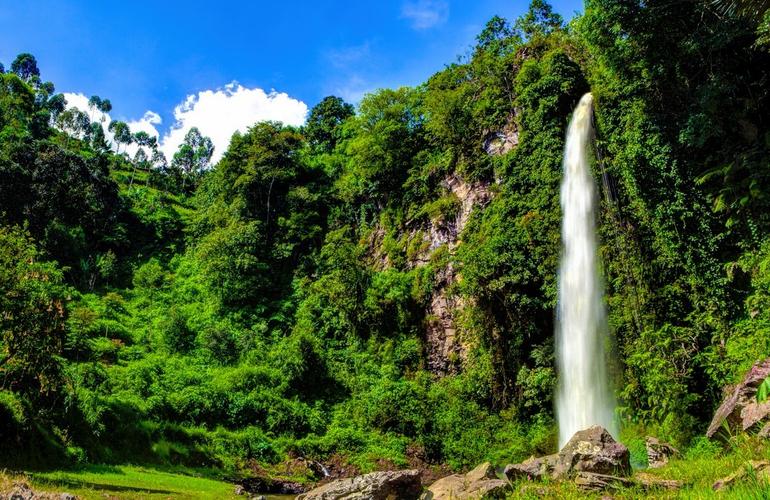 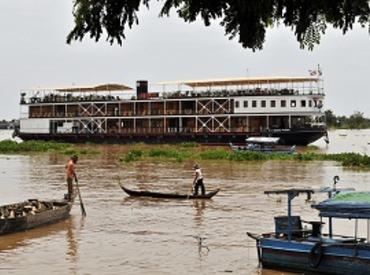 Cambodia in Style
In Style, River Journeys
Cambodia
A memorable adventure in Cambodia with time to relax in style
18 days from £4,895 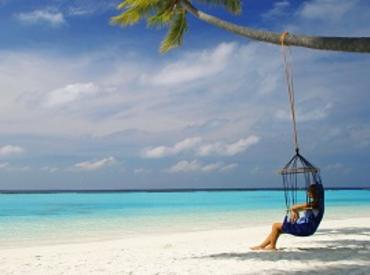 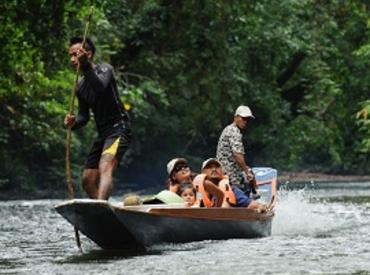 The Grand Tour of Borneo
Classic, Wildlife & Nature
Borneo
A comprehensive tour to all parts of Sarawak and Sabah
21 days from £4,895 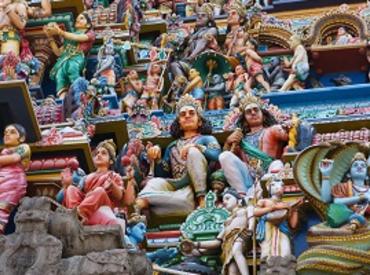 The Best of South India
Classic
India
20 days exploring the best of Karnataka, Kerala and Tamil Nadu.
21 days from £4,890
View all Indonesia toursView all Multi-country tours
Back to Top