Experience the best the Philippines has to offer on this stylish two-week tour, staying in top boutique hotels throughout. Enjoy a relaxing start to the trip with two nights at an upmarket beach resort in Cebu, with time to explore the sights of the city and relax by the pool or beach. Hop over to Bohol by ferry and spend three nights at the gorgeous Amorita Resort, perched on the cliff overlooking Alona Beach. The highlight of the trip is a four-night stay in the stunningly picturesque Coron area, where you can experience the magical scenery of northern Palawan. Finish your adventure with a two-night stay at the opulent Manila Hotel, an elegant heritage building with an impressive array of former celebrity guests.

From £3,980 per person based on a shared room for departures in May.

Day 1: Fly from London Heathrow to Cebu, via Doha

Day 2: Arrival in Cebu and transfer to your hotel

Private transfer to your hotel: Upon arrival at Cebu Airport, you will be welcomed to the Philippines by your guide, and transferred to your hotel in a private chauffeur driven car. 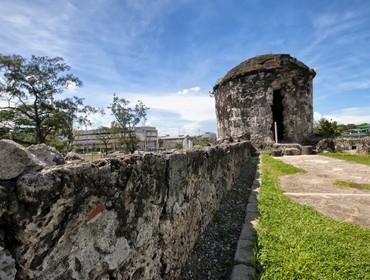 Morning guided tour of Cebu City: After breakfast at the hotel set out on a tour of Cebu, a city which retains a certain colonial charm. The tour is a special journey that introduces Cebu's history in a nutshell as you cruise along its main thoroughfares. The first stop will take you to the majestic Taoist Temple which is situated 4 miles from the city centre. This impressive and highly ornate temple, of the Taoist religious community, is evidence that a considerable part of Cebu's population is Chinese. You can get a good view of the city from this magnificent temple. On your way to the Basilica, you will pass by Cebu's seat of government and its graceful piece of architecture, the Cebu Provincial Capitol and then you will make a stop at the Carbon Market, where most of the city's fresh produce is being sold. Afterwards stop at the Basilica Minore de Santo Nino, an ancient stone structure that was once called the Basilica Minore de San Agustin, and which now houses the statue of the Infant Jesus. A short walk away is Magellan's Cross, the spot where Christianity was first introduced to Cebu. Not far away is Fort San Pedro, the first military stronghold in the country. Its walls were restored in the late ‘60s and a garden is laid out in the inner courtyard, an enticing refuge not far from the hustle and bustle of the harbour. Your last stop is Casa Gorordo - the Parian district in today's downtown area which was the residential home of Cebu's wealthy at the turn of the century. Of the remaining four houses, the Gorordo residence was restored and furnished in the style of the period. Apart from its furniture, there are porcelain, liturgical pieces, clothes and old photographs of Cebu. Return to the resort around lunchtime.

Afternoon at leisure: This afternoon, you have some time free at leisure to relax, enjoy the facilities at your hotel, and further explore Cebu at your own pace. 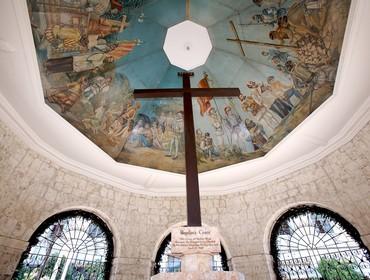 Private transfer to the port: This morning, you will be transferred to the ferry terminal in Cebu in time to check in for the ferry to Bohol.

Private transfer: On arrival in Bohol, you will be met and transferred to Panglao Island, just over the bridge from Bohol, to check in at your beach hotel. The rest of the day is at leisure. 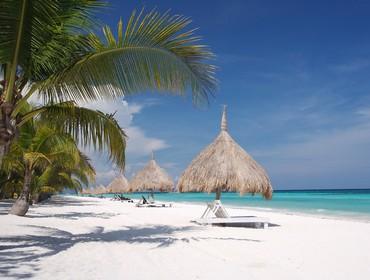 Full day guided tour of Bohol: After an early breakfast you will be picked up from the hotel and taken for a tour of Bohol’s scenic spots. The tour starts at the ‘Blood Compact Site’ where an agreement was reached on 16th March 1565 between Sikatuna, a native chieftain, and Miguel Lopez de Legaspi, the Spanish explorer and colonizer. You will then continue on to Baclayon Church which is one of the island’s ancient Spanish churches (this was badly damaged in the 2013 earthquake). From here you will drive to the Tarsier Sanctuary at Corella where you will have a chance to see one of the world’s smallest primates. The Tarsier, no larger than a man’s hand, is indigenous to the Philippines and is an extremely rare animal these days, due to the destruction of its natural habitat. Afterwards you will join a river boat for a leisurely lunch-time cruise up the Loboc River to see one of the island’s waterfalls and this afternoon you will drive to see the incredible ‘Chocolate Hills’. From a viewing point you will be able to look out over the 1268 hills which combine to make up this incredible landscape. The tour ends with visits to the ‘Man Made Forest’ and Hinagdanan Cave. Afterwards you will return to your beach hotel. 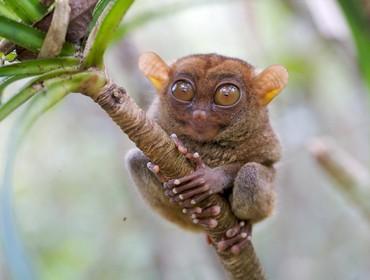 Time at leisure in Bohol: You have time at leisure to relax at your hotel, enjoy the beach, and continue exploring Bohol at your own pace. Dolphin & whale watching tours, and trips to outlying islands can be arranged locally. 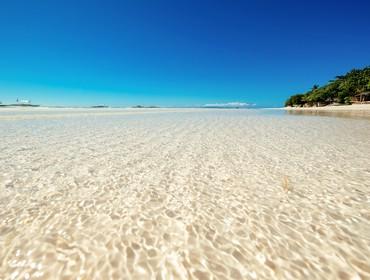 Day 7: Ferry transfer back to Cebu, then fly to Busuanga Island

Private transfer to the port: Early this morning, you will be transferred to the ferry terminal in Tagbilaran in time to check in for the ferry to Cebu.

Transfer to Cebu airport: On arrival at the port, you will take the ferry to Cebu. The journey will take around 2 hours. On arrival in Cebu, you will be met at the port and taken straight to Cebu International Aiport in time to check-in for your onward flight to Coron.

Hotel transfer by road and boat: On arrival at Busuanga's airport, you will be greeted by hotel staff and then transferred overland to a jetty on the southwest coast of the island. From here you will take the short boat ride to your island resort. Please note this transfer may be shared with other hotel guests arriving at the same time. 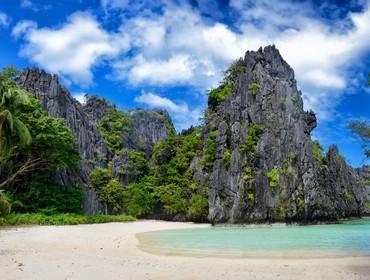 Island-hopping tour: After breakfast you will be picked up from your hotel and transferred to the jetty to join a day's island-hopping tour around Coron. Explore dramatic limestone cliffs surrounding tranquil coves and inland lakes. Spend some time relaxing on the beach and snorkelling. A variety of marine life can be seen in these waters. A locally prepared lunch will be included during the day and you will return to your hotel in Coron in the afternoon. 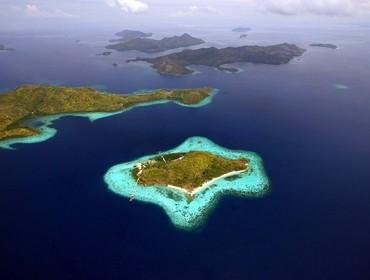 Time at leisure: You have time free at leisure to relax and enjoy the facilities at your hotel. Activities such as island-hopping, diving, snorkelling, watersports, can be arranged locally with the help of your hotel. 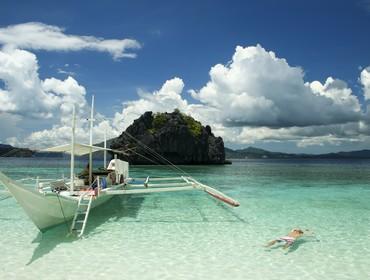 Boat and road transfer to the airport: At the appropriate time today, hotel staff will transfer you by boat back to Busuanga Island. From the jetty you will then be transferred by road to the airport where you will check in for your onward flight. Please note this transfer may be shared with other hotel guests departing at the same time.

Private transfer to your hotel: Upon arrival at Manila Airport, you will be met and transferred to your hotel to check in. 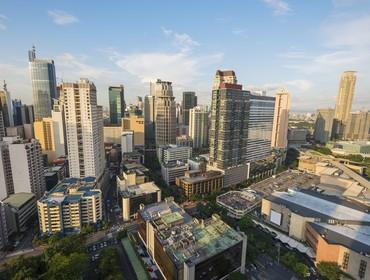 Guided tour of Manila: After breakfast, you will meet your guide in the lobby of the hotel and then set out on a tour of Manila. The tour starts with a visit to Rizal Park, which was named in honour of Dr. Jose Rizal, the Philippines' national hero. After a photo stop here you will proceed to Intramuros, the Walled City, and look around Fort Santiago, an ancient fortress that defends the mouth of the Pasig River. From here you will continue onto San Agustin Church and Casa Manila. Afterwards crossing the Pasig River, driving through Quiapo district, the old downtown area, to Santo Tomas University which was founded in 1611 by the Dominican friars. You will also see the Chinese Cemetery where some of the mausoleums are larger than an average-sized house. The tour will end with a drive along Ayala Avenue, the financial street and commercial centre in Makati. Afterwards, return to your hotel via Roxas Boulevard, the city's sea front, and pass by the Cultural Centre of the Philippines. 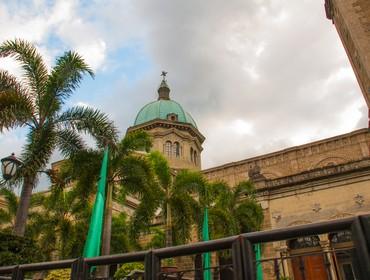 Day 14: Fly from Manila to London Heathrow, via Doha

Private transfer to the airport: At the appropriate time today, you will be met by your private driver and escorted to Manila International Airport to catch your onward flight. 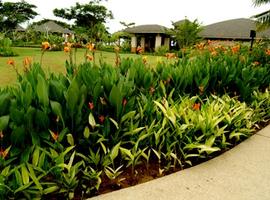 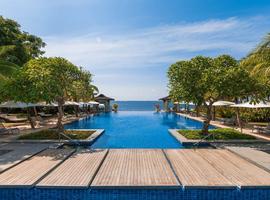 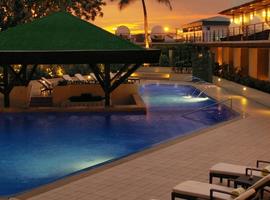 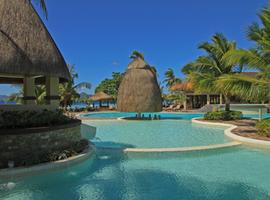 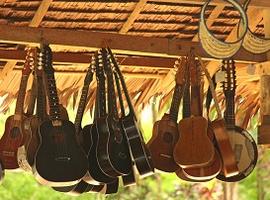 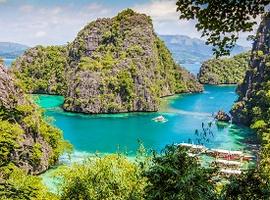 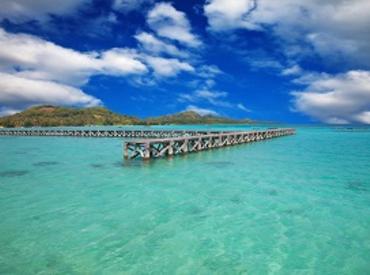 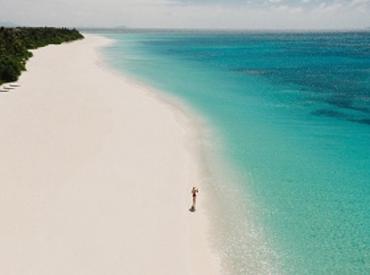 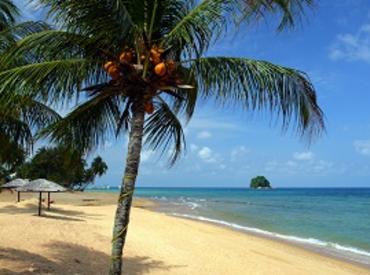 Malaysia in Style
Honeymoons, In Style, Luxury
Malaysia
Combine some of Malaysia's finest resorts & most exciting cities.
15 days from £3,050 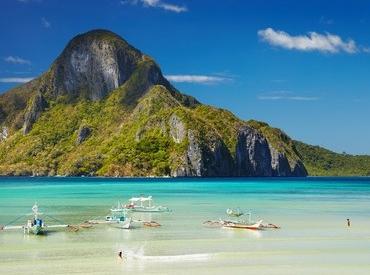 Purely Palawan
Classic, Honeymoons
The Philippines
Discover the 'last frontier' in comfort and style.
13 days from £2,950
View all The Philippines toursView all Multi-country tours
Back to Top