The east of Bhutan is still relatively unexplored due to the difficult nature of getting here. Domestic flights are few and far between and a journey to the east therefore usually entails a long overland trip from the west or entry via India. As a result of its remote position the level of infrastructure is still relatively poor but for those making a visit the reward is a more authentic experience and a chance to see Bhutan as it was before the arrival of tourism. Highlights of the region include its ethnic minorities, the famous textiles and the lively town of Trashigang.

Back to All Regions of Bhutan 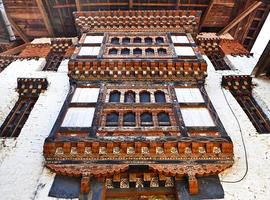 Lhuentse
Lhuentse is probably the northernmost part of East Bhutan that is relatively easily accessible to tourists. The area is famous for its textiles and the few visitors that do make it to this part of the country usually come with the intention of seeing some of the best weavers, and fabrics, in Bhutan. 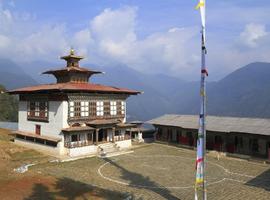 Mongar
The hillside town of Mongar is the gateway to the east of Bhutan. Historically its position has meant that traffic, and the supply of goods, from east to west (and vice versa) have had to pass through Mongar. As a result many overland tours break the journey here and enjoy the local hospitality. 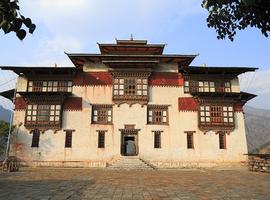 Trashigang
Once an important centre of trade with Tibet & Assam, Tashigang is situated in the heart of East Bhutan. It is one of the largest towns in the region and the second largest district in Bhutan. 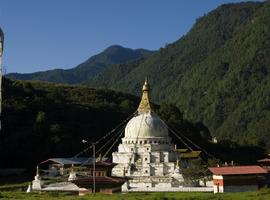 Trashiyangtse
Trashiyangtse is a relatively new town and as such does not have the wealth of historic sights that other destinations in Bhutan can boast. However the town is concentrated around the large and impressive Chorten Kora, which is modelled after the Bodnath Stupa of Kathmandu in Nepal, and which is much revered by visiting pilgrims.