From the bright lights of the north around the lively resort of Grand Baie to the natural enclave of Bel Ombre on the wild south, the west coast offers a complete spectrum of experiences and styles of holiday. This region also covers the capital city of Port Louis, with its authentic street markets and colonial heritage, and the iconic natural landmark of Le Morne Brabant, a basalt peak jutting out from a peninsula in the south western tip. With the largest number of sheltered white sand beaches, and westerly aspect for tropical sunsets, the west coast is the most popular region on the island of Mauritius.

Back to All Regions of Mauritius 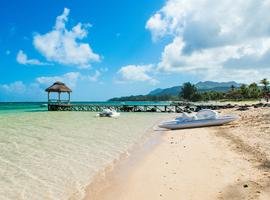 Bel Ombre
Bel Ombre is a charming small town hidden away on the island’s more rugged southern coast, with a handful of upscale hotels dotted along the best of the resort’s golden sand beaches. 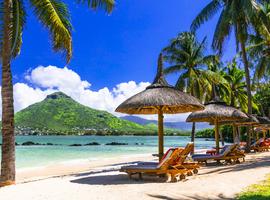 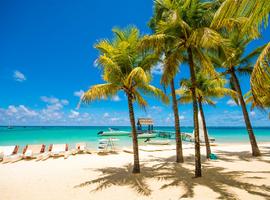 Grand Baie & North West Coast
The picturesque north west coast of Mauritius receives the lowest rainfall and is dotted with small coves and sweeping white sand beaches, making it the most popular area on the island. 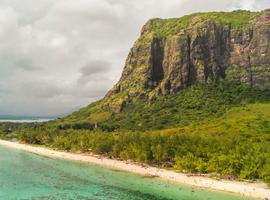 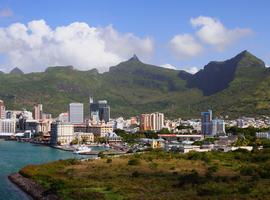 Port Louis
Dutch settlers first discovered this natural harbour, but it was not until 1722 that it was named Port Louis by the French after King Loius XV.