The western part of Myanmar is dominated by the mysterious Rakhine state which in time gone by was home to a number of fabulously wealthy kingdoms, such as that at Mrauk U, and populated by ancient minorities like the Chin people whose womenfolk bore facial tattoos in an effort to stop them being kidnapped. Difficult to get to, and hence seldom visited, this part of Myanmar offers fantastic authentic experiences for those that make the effort to travel here. 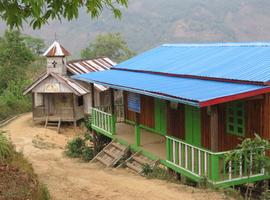 Kanpetlet
Kanpetlet is a small mountainside village in Chin State, set on a mountain ridge with deep valleys on both sides, and some 5 hours' drive from Bagan. It is many people's first taste of the remote lifestyle of the Chin people and a staging post for those who are keen to reach the summit of Mount Victoria. 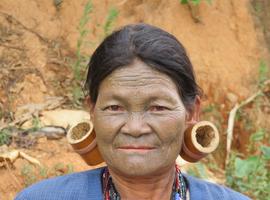 Mindat
Mindat is a small town in the heart of Chin State, overlooking the Chin Mountains, and home to a flourishing regional market. It is 3 hours' drive from Kanpetlet, along winding mountain roads, and 6 hours drive from Bagan. Visitors to Mindat will have a chance to explore the rarely visited Aye and Kyardo Chin villages and meet the local people. 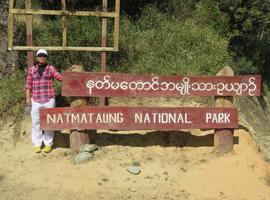 Mount Victoria National Park
Mount Victoria (elevation 10200 ft) is situated in the Chin Hills, which form a southward extension of the Himalayas into Southeast Asia. It hosts the highest peak in Myanmar, and is inhabited by about 200 species of birds. 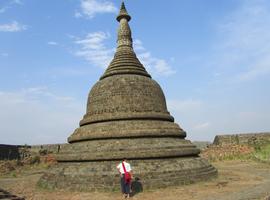 Mrauk U
Mrauk-U was the capital of one of Burma’s most important kingdom’s and as such is a significant archaeological site. There are around 70 ruined temples and stupas here that were built in the 15th & 16th centuries in a range of different shapes and designs. If you are keen on archaeology you will definitely want to visit Mrauk-U! 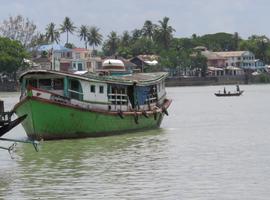 Pathein
Pathein is the economic hub of the Irrawaddy Delta region and about 4 hours drive from Yangon. Conveniently positioned on the banks of the Pathein River, and accessible from the sea, it has assumed a pivotal trading position in this part of Myanmar. As a result the town has a thriving riverfront with vessels of all sizes docking to unload or pick up a variety of produce, and a large number of colourful traders plying their wares. 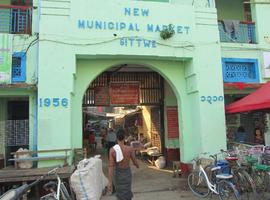 Sittwe
Sittwe is the provincial capital of Rakhine, Myanmar's most westerly state, and is a largely Muslim city in a predominantly Buddhist country. The town has two museums of interest and has a huge local fish market that is intriguing. The main attraction however is the excursion upriver, travelling through wonderful surroundings, to reach the ancient former capital of Mrauk-U.