A region of contrasts - from the refined colonial architecture in Hanoi to the dramatic tiered landscapes in the hills around Sapa and the sublime beauty of the karst islands in Halong Bay. The north of Vietnam is practically a destination in its own right and offers wonderful opportunities to meet indigenous folk in the mountains as well as live it up in one of Asia’s most exciting cities in Vietnam's capital Hanoi. As well as the delights within its own boundaries the north of Vietnam shares borders with Laos and China and combinations with both these countries are possible for those wishing to take in more than one destination whilst in the region. 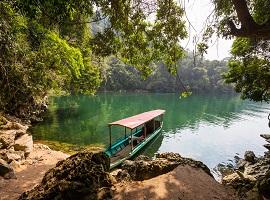 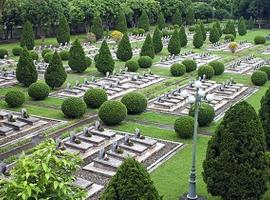 Dien Bien Phu
Located in one of the most remote and scenic parts of Vietnam, the small town of Dien Bien Phu is the site of the famous Vietnamese victory over the French in 1954 which ended the first Indochinese war and ultimately ended the French colonial reign over Vietnam. 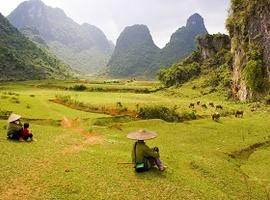 Ha Giang
Ha Giang is a stunningly beautiful mountainous region in the northeast of Vietnam, close to the border with China. Its rugged terrain has made it difficult to earn a living from the land and this, coupled with its inaccessible position, makes this one of the country's poorest and yet most beautiful regions. 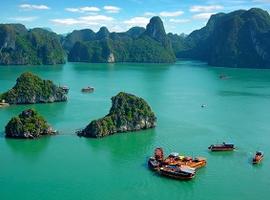 Halong Bay & Lan Ha Bay
Halong Bay & neighbouring Lan Ha Bay consist of over 3000 islands of varying sizes which sit in deliciously clear waters just off the north Vietnamese coast. World famous for its spectacular scenery Halong Bay has been designated as a UNESCO World Heritage Site and is one of the ‘unmissable’ natural highlights of Vietnam. 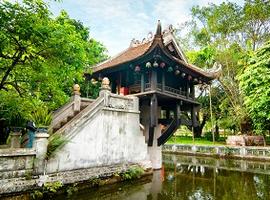 Hanoi
Hanoi is the political, economic and cultural heart of Vietnam, and is located in the Red River Delta in the centre of North Vietnam. It was founded in 1010 and remains a charming city today, much of its beauty stems from the picturesque lakes that sit beside the French-made tree-lined boulevards. 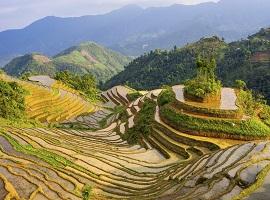 Hoang Su Phi
Lush valleys, rugged mountains and spectacular rice terraces are all a reason that visitors fall in love with this area of  Ha Giang Province. The area is an excellent spot to stop for a few days and indulge in a bit of trekking and other outdoor activities as well as visiting local markets. 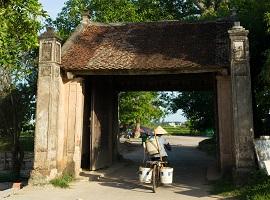 Ky Son & Duong Lam
Just over an hour’s drive from Hanoi, the ancient villages of Ky Son and Duong Lam have barely been touched by time. Both have been designated a ‘National Cultural Historical Relic’ by the Vietnamese government and offer an intriguing glimpse of traditional Vietnamese rural life. 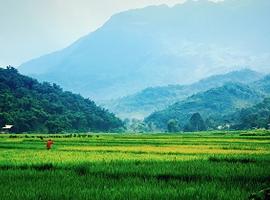 Mai Chau
Mai Chau is a collection of villages located in Hoa Binh province in a lush green valley flanked by steep mountains. Many minorities live here, including the White Thai related to tribes in Thailand, Laos and China. The area offers great opportunities for walking, cycling and engaging with the minority villagers. 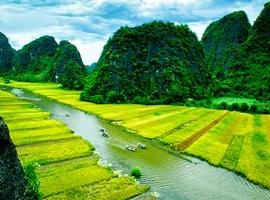 Ninh Binh, Hoa Lu & Tam Coc
Only 2 hours from Hanoi, Ninh Binh is an area of amazing natural beauty and historical importance, as a previous capital of the Dinh Dynasty. The area around Hoa Lu & Tam Coc has been referred to as “Halong on land”, with many limestone peaks and fertile green valleys. 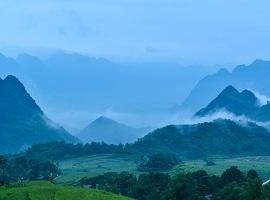 Pu Luong Nature Reserve
Stretching from Mai Chau to the Cuc Phuong National Park, the Pu Luong region remains quite unknown to most tourists despite its beautiful natural surroundings. The area has stunning rice terrace fields and mountain passes as well as some interesting ethnic minority villages. 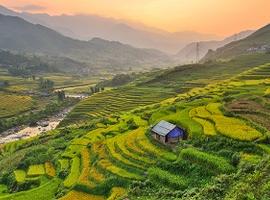 Sapa
Set in the north-west of Vietnam, Sapa and the surrounding area play host to a number of Vietnam’s hill tribes. The mountainous countryside here is spectacular and provides a welcome contrast to the hustle and bustle of Hanoi, with plenty of opportunities for trekking and local village visits.