Once the richest part of the country, Central Myanmar has some of the most amazing sights for visitors to the region. From the arid plain of Bagan, one of the archaeological wonders of the world, to the spiritual charms of Mandalay and from the unique way of life on Inle Lake to the sublime landscapes in the Shan Hills this part of Myanmar has something for everyone. 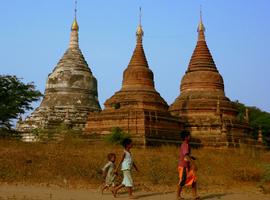 Bagan
Founded in 849AD on the dusty banks of the Irrawaddy River, Bagan sprawls across central Myanmar and is one of the most remarkable archaeological sites in all of Asia. The plains of Bagan are home to around 2200 temples, stupas and pagodas of varying shapes and sizes. 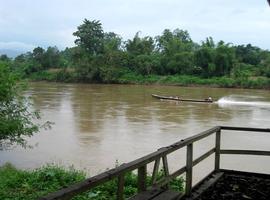 Hsipaw
Hsipaw is a small market town in the Shan State, and a popular place for travellers looking for a slow pace of life and to explore the enchanting scenery of rural Burma. 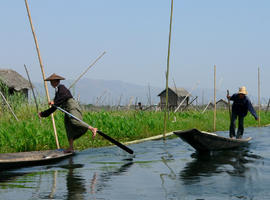 Inle Lake
Inle Lake is one of the most charming places in Myanmar and offers visitors a colourful combination of magnificent scenery and fascinating cultural life. The lake itself is perhaps best known for the unique leg rowers who use incredible skill and dexterity to steer their boats around the lake, many catching fish as they go. 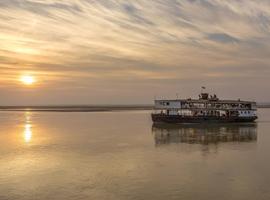 Irrawaddy River
One of the world's great rivers, the Irrawaddy (also known as the Ayeyarwaddy) River flows from the very north of Myanmar, close to Putao, to the Irrawaddy Delta area in the south which is close to Yangon. It is largest river in the country and the most important commercial waterway carrying hundreds of vessels to their destination each day. It also carries an increasing number of cruise boats which ferry tourists on simple day trips or longer, more luxurious cruises. 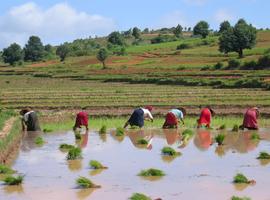 Kalaw
In the scenic Shan state, Kalaw sits high (1320m) on the western edge of the Shan Plateau. Its elevated position made it a great place to escape the summer heat and so, during colonial times, it became a British hill station. 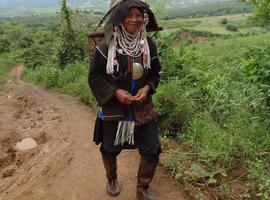 Kengtung
A magnificently picturesque town located in the Shan State, Kengtung sits in the centre of the Golden Triangle. Due to its location it serves as the main departure point for one day trips into the mountains to explore the ethnic minority villages of the Akha, Lahu, Wa & Shan tribes. 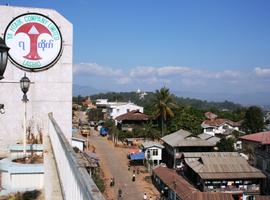 Lashio
Lashio has long been a popular trading stop on the Burma Road. Today, the city continues to be a hub for Chinese-Myanmar commerce, and also serves as the administrative capital of Northern Shan. 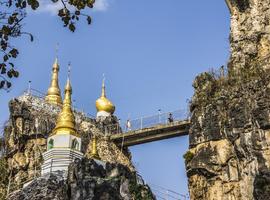 Loikaw
Loikaw is a small, picturesque city found on the flat plains of northern Kayah state, and is a fantastic base from which to explore little-touched tribal areas. 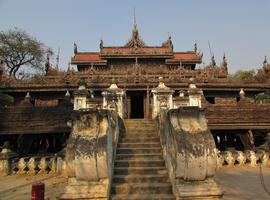 Mandalay
Myanmar’s second largest city was the Royal capital in the pre-colonial era. It is a city of fascinating monasteries and gem covered temples and has the huge fortifications of the former royal palace at its heart. 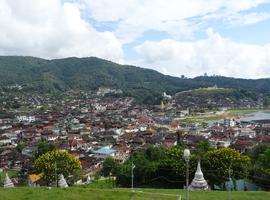 Mogok
Mogok and neighbouring Kyatpyin are fast becoming some of our favourite places in Myanmar. The forest-clad rolling hills, cooler climate and lack of tourists make it well worth the winding 5 hour drive from Mandalay. 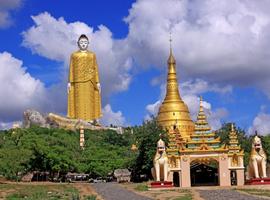 Monywa
Monywa is a large, rustic trade town found on the hot, flat plains of Central Myanmar. Roughly equidistant to Mandalay and Bagan, it makes a reasonable overnight stop breaking up your road and/or boat journeys between the two more-established tourist destinations. 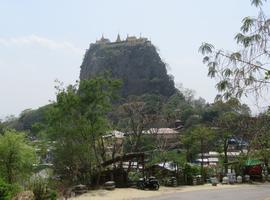 Mount Popa
Towering over its surrounding landscape, Mount Popa is often referred to as Myanmar’s Mount Olympus and is just a two hour drive from Bagan. A truly amazing spectacle Mount Popa, meaning ‘flower’ in Sanskrit, is an extinct volcano set amid beautiful hills. 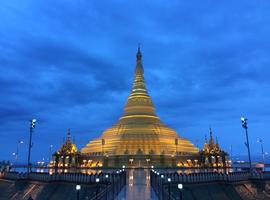 Naypyidaw
Naypyidaw is arguably the world’s most bizarre capital city; while we can’t promise the most enchanting or exciting stop of your Myanmar itinerary, this could be one of the most memorable. 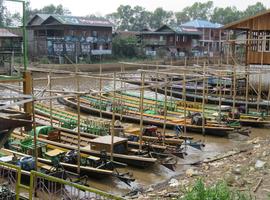 Nyaung Shwe
The small town of Nyaung Shwe is the gateway to Inle Lake and will usually be the starting point for stays on Inle Lake. However these days Nyaung Shwe is developing a bit of a 'scene' and increasingly visitors to the region are choosing to stay in town so as to enjoy a variety of restaurants and bars in the evening, rather than staying on the lake where night times can be a little quiet. 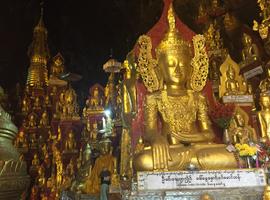 Pindaya
Pindaya is best known for its fascinating cave complex, which are dramatically-situated in amongst limestone cliffs, and house well over 8000 individual Buddha images and statues. 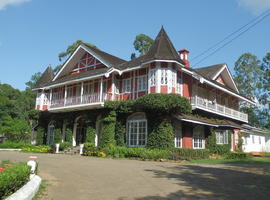 Pyin Oo Lwin
Myanmar’s best-known colonial hill station is situated on a plateau in the Shan Hills over 1000m above sea level. Founded by the British, and around an hour’s drive north from Mandalay, the hill station was used in colonial times as a retreat from the extreme heat of the Burmese summer. 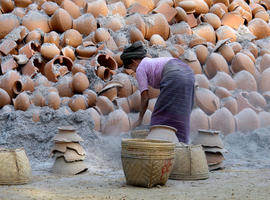 Yandabo
Yandabo is a peaceful village on the banks of the Irrawaddy River midway between Mandalay and Bagan. In years gone by the Treaty of Yandabo, which ended the First Anglo-Burmese War, was signed here on 24 February 1826.