The region to the southwest of Muscat is home to the Western Hajar Mountains and Oman’s highest peaks. Whilst the old town of Nizwa, with its famous network of souqs, is the focus for many visitors, the wider Al Hajar region, with spectacular views, great trekking and some picture-perfect traditional towns and villages is hugely rewarding to explore.

Back to All Regions of Oman 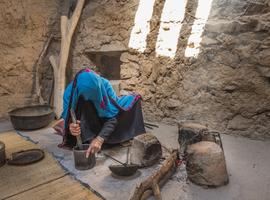 Al Hamra
Nestled into the foothills of the Al Hajar Mountains around Jebel Shams and around 40km north of Nizwa, Al Hamra is one of Oman’s most venerable traditional towns. 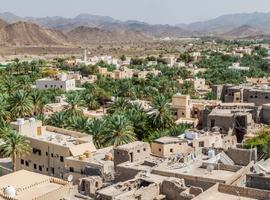 Bahla & Jabrin
Around 40km west of Nizwa, the neighbouring towns of Bahla and Jabrin have two impressive forts which are well worth a visit. 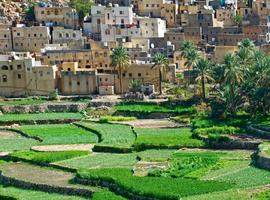 Bilad Sayt
The picturesque village of Bilad Sayt, hidden away in the heart of the Al Hajar Mountains, is somewhat of a hidden treasure. 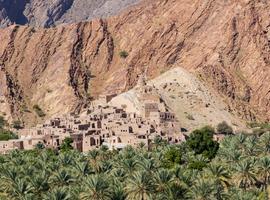 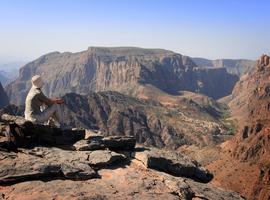 Jebel Akhdar
Jebel Akhdar is a huge limestone massif, literally (and somewhat bizarrely given its rocky terrain) meaning ‘Green Mountain’. It is the centrepiece of the Saiq Plateau in the Al Hajar range and one of the highest points in Oman. 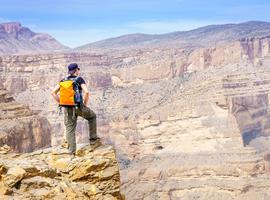 Jebel Shams
Sometimes referred to as the Grand Canyon of Oman for its dramatic landscape, the Jebel Shams region has some breath-taking scenery and is home to the highest mountain in Oman (Jebel Shams). 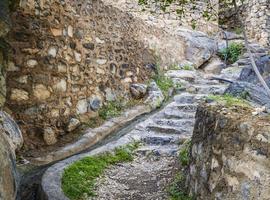 Misfah
Misfah (full name Misfat Al Abryeen) is one of the prettiest villages in the Al Hajar Mountains. It is known for its small, terraced gardens which are irrigated using the same ‘falaj’ system that has been place for hundreds of years. 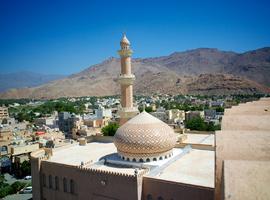 Nizwa
The city of Nizwa has played a key role in the history of Oman for over a thousand years, serving as the capital of the hilly interior and the former seat of the country’s ruling imams, the religious leaders who controlled the hills and operated quite separately from the sultans of Muscat on the coast.