Jeju Island, known to Koreans as 'the Island of the Gods', is Korea's principal getaway destination. The short 1-hour flight from Seoul is covered by some 23 airlines, making it one of the busiest point-to-point flight routes in the world! Once arrived one finds myriad attractions: volcanic peaks, rugged coastline, fine beaches, fresh seafood, and an excellent array of accommodation. Jeju is situated just over 100km south of the mainland, and 455km south of Seoul, so enjoys a marginally warmer climate year round. 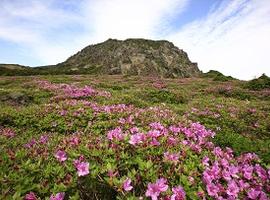 Hallasan & The Interior
The 1950m tall dormant volcano of Hallasan rises up in almost the dead centre of Jeju, with the rest of the island falling down to coast on every side. 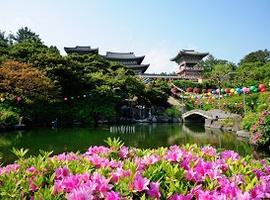 Jeju City
Jeju City is the provincial capital of Jeju and entry point for all visitors to the island. 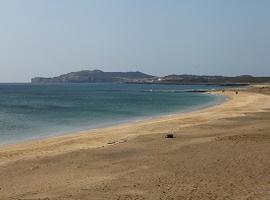 Seogwipo
Seogwipo county, encompassing the southern half of Jeju Island, is  altogether a more charming, tourist-focused area with a distinctly slower pace.