Taiwan is a superb destination for the active family in search of the great outdoors. This itinerary showcase some of the island's stunning natural beauty and includes several varied trekking, cycling and other adventurous excursions as you travel from north to south along the stunning east coast. Start by exploring the vibrant capital Taipei, the traditional mining town of Jiufen and the charming old street at Shifen before heading down the east coast to the famous Taroko Gorge National Park. Here the adventure truly begins with several exciting active excursions showcasing the best of Taiwan’s stunning scenery. Explore Taiwan’s rugged coastline by kayak, zip-line through its forests and cycle the East Rift Valley. After your outdoor adventures, head to Kenting to enjoy some trekking in the National Park and some well-earned relaxation on the beach. Finish with one night in the nearby city of Kaohsiung before flying home. This itinerary can easily be tailored to include some time exploring by self-drive in a hire car for the more adventurous families.

Day 1: Fly from London to Taipei, via Hong Kong

Meet & greet: On arrival in Taipei you will be met by a private driver and transferred to your hotel and enoy the day at leisure to recover from your flight. Full day tour of Taipei: After breakfast you will be met at the hotel by your guide who will take you on a sightseeing tour of Taipei's main attractions. Start the tour with a visit to Chiang Kai-Shek Memorial Hall, an imposing hall which is dedicated to the former president with a museum on the ground floor dedicated to Chiang's life and achievements.

From there continue to visit the Lungshan Temple which dates back to the 17th century. In the same neighbourhood there is the impressive Taipei 101 tower, which until 2010 was the tallest building in the world. You will be taken up to the observatory on the 89th floor to take in the fantastic view of the city. After spending time on the observation deck you will head for lunch at the award winning Din Tai Fung.

This afternoon, you will head east along coast to Jiufen. Jiufen and the neighbouring village of Jinguashi are two  interesting stops on a tour of northern Taiwan. Once the centre of the Islands gold mining industry, these villages are now relics of a former time. The old town of Jiufen is decorated by old tea houses and traditional Japanese houses and feels untouched by the recent modernisation that has taken hold on other parts of the island.

Finish your day's guided tour with a visit to Shifen. Shifen is an old railway town built on the former Pingxi rail line, once used to transport coal. Shifen old street is like a time capsule dotted with souvenir shops and small eateries, with the occasional train passing through - the rail line runs direct through the old street - and makes for a charming atmosphere. Shifen is famous for its sky lanterns, once used as a signalling system for the railway workers, which are now decorated and released into the sky for good luck. This culminates with the two large sky lantern festivals which take place in Shifen and neighbouring Pingxi, around Chinese New Year (January/February) and the Moon Festival (September/October), where thousands of glowing lanterns rise into the night sky. You will have time to explore Shifen old street with your guide and decorate and release a sky lantern before returning to Taipei. 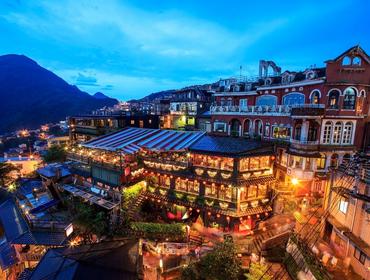 Day at leisure: You have a full day at leisure to relax and explore the buzzing capital city at your own pace. Taipei is a friendly city and easy to get around independently. Day trips can also be arranged to sites outside the city such as Yangmingshan National Park and Yehliu Geopark. 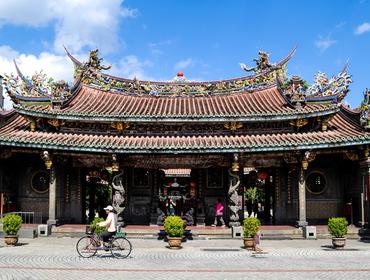 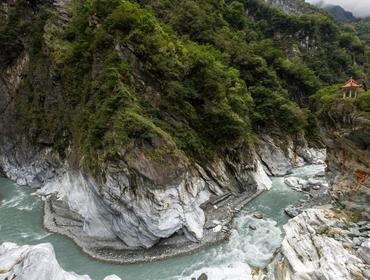 Full day exploring the Taroko National Park: You will spend today exploring the national park with your guide. The exact itinerary is flexible and you can discuss what you would like to do. There are countless trekking trails for people of all abilities, including a few very scenic routes of 10-15km which will take you most of the day. If you would rather not do much trekking then there are also some very scenic spots to that can be visited in the car and your guide will be able to take you to these. 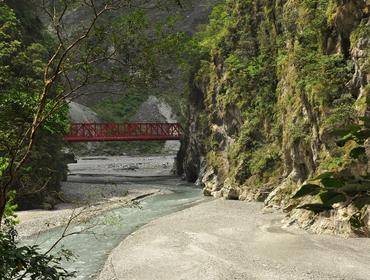 Wild monkey adventure jungle: After breakfast, head out with your guide to the nearby city of Hualien. Enroute you will enjoy a visit to the Wild Monkey Jungle Adventure a unique opportunity to explore the treetop canopy using a series of walkways and zip-lines. Before heading out on your adventure you will be given an orientation by the experienced guides and fitted out in the necessary gear. You are then free to explore the nature using a series of aerial walkways, ziplines, suspension bridges and staircases at your own pace. After plenty of time to explore the canopy, you will return to Hualien with your guide.

Visit to Hualien Night market: After some time at leisure, head out with your guide to the local night market. Here you will have the opportunity to sample plenty of delicious local snacks (payable locally). 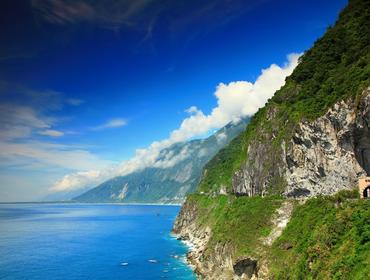 Road journey to Taitung: After breakfast, head out with your guide and set off south along Highway 11. Along this scenic coastal highway, known as the East Coast National Scenic Area, there are many interesting places to stop, including the rock formations at Shitiping, the tropic of cancer marker, Baxiandong Cave and Sanxiantai Island. Enroute stop for a walk to Lisong Hot Spring - a rarely visited hotspring which is accessible  only on foot. The 40 minute walk can be  challenging in places. 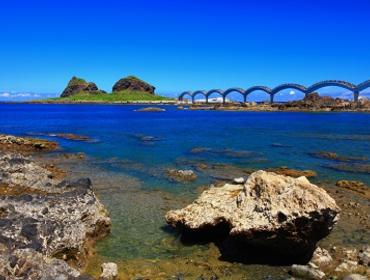 Cycle the East Rift Valley: Today you will head out with your guide to cycle the East Rift Valley. This is a stunning area of Taiwan where you will be cycling between the central mountain range and coastal mountain range. The area is dotted with rice fields, stunning vistas, and several small towns. During the route, a stop will be made for a Chishang bento lunch, the famed local speciality. Your cycle route can be tailored to match the level of challenge you are looking for and your level of fitness, so please discuss this with your guide locally.

Please note: we cannot guarantee that any protective headgear provided on this excursion will be of the same standard as is available in the UK / EU / US. As a result you may wish to consider taking your own. 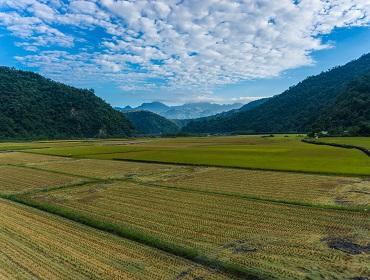 Road journey from Taitung to Kenting: This morning, your private guide will drive you from Taitung to Kenting. Enroute a stop will be made at the Lanren Greek Falls, where you will enjoy a walk through unspoilt nature to the waterfalls. Today's journey will last approximately 4 hours and you will arrive in Kenting in the afternoon to check in and enjoy the rest of the day at leisure. 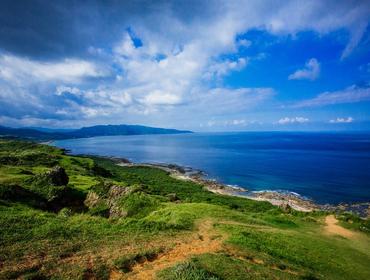 Walks in the Kenting National Park: After breakfast, this morning you will be taken on a day’s walkl in the National Park. Highlights of exploring this beautiful part of Taiwan include a visit to the Eluanbi Light House. You will return to your guesthouse in the afternoon. 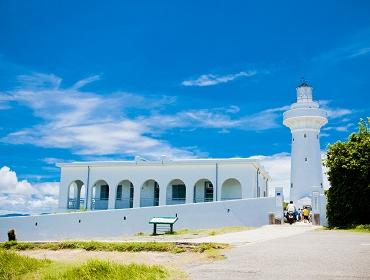 Day at leisure: Today you are at leisure to explore Kenting independently.  You may like to take a walk around the rocky seashore where constant erosion from the sea and strong winds has formed unusual rock shapes. 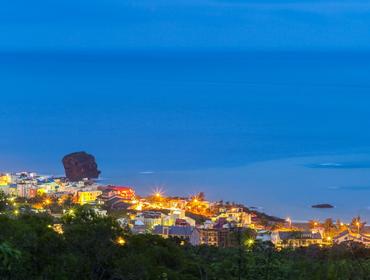 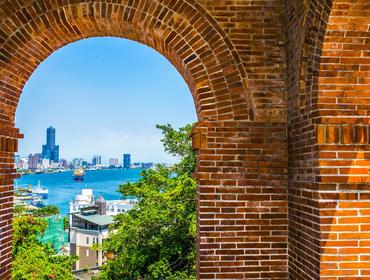 Morning exploring Cijin Island: This morning catch the local ferry with your guide across to Cijin Island. Here you can choose to explore on foot or rent bicycles and pedal cars to explore the area. There is an interesting beach area with some good tracks and a wide range of other attractions. Return to the port around lunchtime, where you will enjoy a delicious seafood lunch from one of the many restaurants before catching the ferry back to the mainland.

Transfer to Kaohsiung Airport: At the appropriate time today, you will be transferred to the airport near Kaohsiung for your flight home. 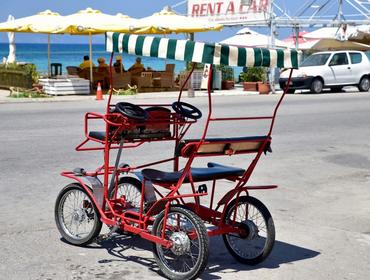 Day 15: Arrive back in London 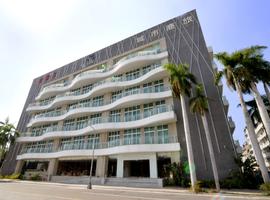 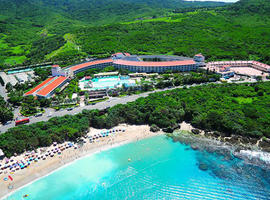 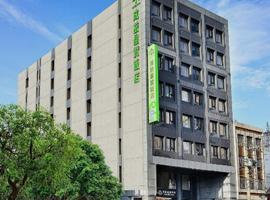 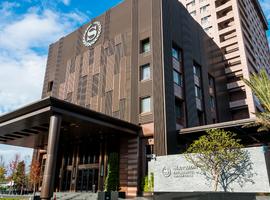 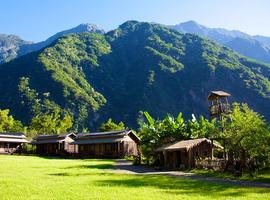 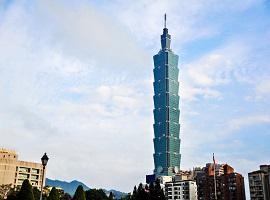 Ascend Taipei 101
Once in a Lifetime , Family Friendly 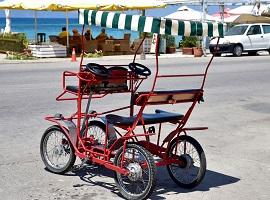 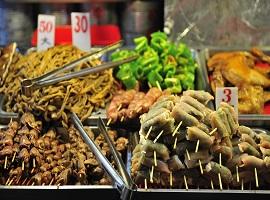 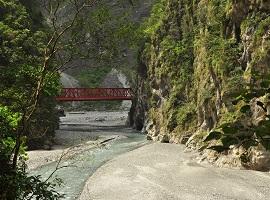 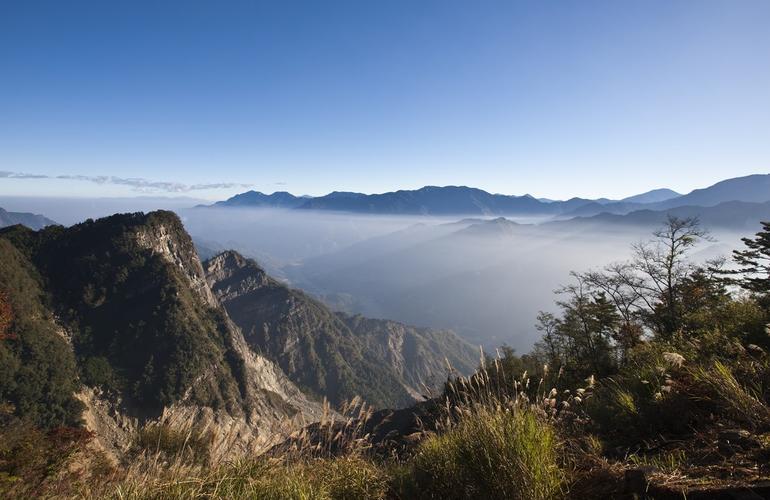 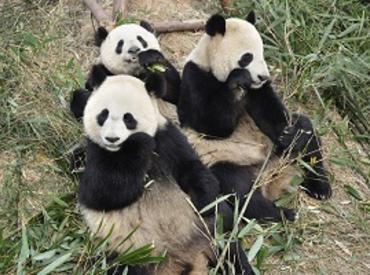 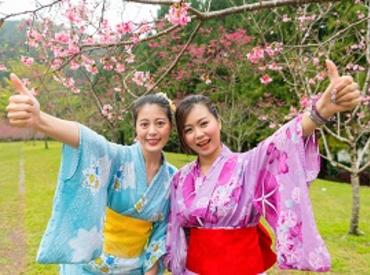 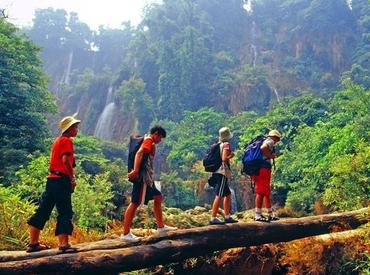 Family Tour of Bali
Bespoke Family Tours
Indonesia
An easy-going tour of Bali for families with kids of all ages, taking you on a cir...
16 days from £2,895
View all Taiwan toursView all Multi-country tours
Back to Top